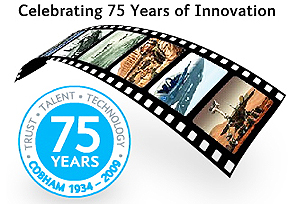 Two Cobham businesses have been honored in the 2010 Queen’s Awards for Enterprise in the categories of International Trade and Innovation. Cobham Antenna Systems, based in Marlow, Buckinghamshire, has received an International Trade award for increasing export revenues continuously over six years to nearly £60 million per annum and for selling well over 80 percent of its production overseas. The business — formerly known as Chelton — develops and manufactures highly specialized communication systems and navigation antennas for land, air and marine applications.

Cobham Surveillance, based in Segensworth, Hampshire, has received an Innovation award for developing its Solo4 wireless digital audio and video link technology that improves safety for bomb disposal teams and law enforcement personnel by increasing the range at which they can effectively operate their robotic bomb disposal equipment.This is its second Queen’s Award for Enterprise, having received an award in the International Trade category in 2009.