Hughes will showcase their JUPITER™ High-Throughput Satellite (HTS) system throughout the conference, which runs from September 16-18. The JUPITER System was named the 2014 Technology Innovation of the Year at last year’s VSAT conference.

Kepley will focus on the changing landscape of satellite communications in his speech, “The Emergence of Global HTS Systems,” illustrating how higher capacity and new ground control technologies are driving growth and new applications around the world. Morris will speak on a keynote panel focusing on the satellite market five years from now, including the potential for industry consolidation, the role of satellite in next-generation broadband networks, and the respective advantages of Ku- and Ka-band technologies, among other topics. 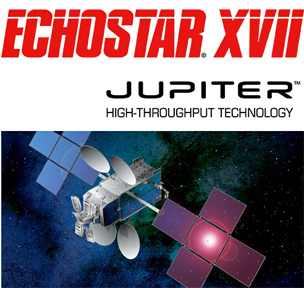 In addition to Kepley and Morris, two Hughes executives will also be presenting at the conference.  Shivaji Chatterjee, senior vice president and general manager of enterprise business for Hughes Communications India, is on a September 18 panel concerning future satellite network capacity for emerging applications, and Dave Rehbehn, vice president of International marketing, will speak on a September 17 panel concerning manufacturers’ roles in HTS evolution.

Hughes JUPITER System has been selected as the foundation system of new broadband satellite services by leading operators in Turkey, Russia, Malaysia, Latin America and the Middle East. As the cornerstone of HughesNet® in North America, JUPITER powers the world’s largest consumer satellite Internet service—with over 1 million subscribers. It features a flexible and robust gateway architecture with lights-out operation, enhanced IPoS air interface for bandwidth efficiency and performance, and high-throughput terminals of up to 100 Mbps capacity.