Keeping propulsion systems 'green' has always been a challenge for the space industry, given that many of the vehicles launched are so very big and heavy.  Not all launches require the largest rockets, especially if the launches are of smallsats. With this in mind, Deep Space Industries (DSI) announced today that it has signed a contract to provide its Comet water-based satellite propulsion systems for the BlackSky Earth observation constellation of smallsats. 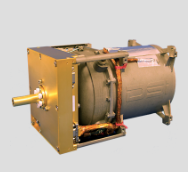 This announcement comes on the heels of Spaceflight Industries’ recent $150 million funding and the development of LeoStella LLC, a joint venture between Spaceflight Industries and Thales Alenia Space. LeoStella is developing a Seattle-based facility to manufacture the low-cost, high-performance BlackSky satellites and is tasked with building the next 20 spacecraft with the Comet propulsion technology between now and 2020.

These smallsats are part of an ultimate constellation of 60 satellites that provide high revisit rate Earth imagery and when combined with other space and terrestrial based sensors, will enable delivery of innovative global monitoring solutions and geospatial activity-based intelligence services.

Nick Merski, vice president of space operations, Spaceflight Industries stated that the launch-safe propulsion features of the Comet system are well aligned with BlackSky’s performance needs to enable affordable and flexible satellite systems. They’re looking forward to working with the DSI team on this and future projects.

William Miller, chief executive officer of Deep Space Industries added that customers like LeoStella are exactly why they developed the Comet propulsion system.