"Space Taxi" Under Development by KSF Space and Coretech Inc. 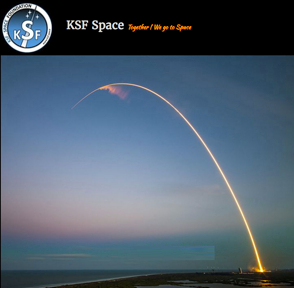 KSF Space in partnership with Coretech Inc. will help to plan and build a space ship within the foreseeable future that is capable of taking 100 people at a time, including crew, to any destination in the solar system.

This aggressive plan comes in the wake of the renewed space age, and Mr. Ronnie Barnard, R&D Officer for KSF Space and Co-founder of Coretech Inc. in California, stated that this is the correct time to launch this project.

To launch such a goal, Coretech Inc. and KSF Space R&D are developing a rocket engine and space-based construction technologies that will be able to loft the required cargo into orbit using a single stage launch vehicle. This vehicle can be further used to launch smallsats and other orbital cargo that weigh less than 1,000 kg (1 ton); however, the primary mission will be to launch the building material to the ‘ship building robot’ in LEO which will also use 3D printing technology.

Coretech Inc., is currently developing a prototype demonstrator engine that will prove the concept. Further development of the in-orbit spaceship builder is underway through the partnership between KSF Space and Coretech, Inc. The key aspect of this mission is to allow organizations to buy tickets on this ‘taxi service’ between the planets and moons in our solar system.

Mr. Ronnie Barnard said that governments and private enterprises are focused, and rightfully so, on lofting humanity into space and landing them safely on another body within our Solar System. They are not focused on the journey between these destinations and the dangers of such a journey — that is where they come in. The focus is solely on the journey. Gravity is not optional on these deep space missions, it is a requirement, therefore, the firms' designs are centered around solving that problem. This will allow these governments and private enterprises to focus on what they do best, ensuring the safety of colonists and getting them into orbit around the planetary bodies, and then KSF Space and Coretech take them from there.