XTAR's New President and CEO ... He Will Be a Champion of Their Solutions

New hires always make news, and certainly when it involves a new President and CEO there's even a bit more attention, and so it is for ...

XTAR, LLC has announced Jay Icard as its new President and CEO. Mr. Icard joins XTAR from Comtech Command & Control Technologies where he served as Senior Vice President of Strategic Sales. Mr. Icard spent the last 13 years in the satellite system integration space in a variety of roles with Comtech, including acquiring TeleCommunication Systems Inc. (TCS) in 2016.

Prior to his tenure at Comtech and TCS, Mr. Icard worked for Oracle, MCI and in the Department of Defense acquisition community. 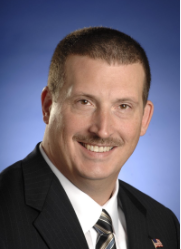 Mr. Icard said that XTAR’s unique offering provides a number of substantial advantages for its customers and partners. These advantages can be a difference maker for military and government users in the challenging communications environments, and he is happy to be part of the XTAR organization and be a champion of their solutions.

Philip Harlow, outgoing President and COO said that XTAR is in good hands with Jay, and his industry experience, energy and dedication are a great fit for driving the company. Mr. Harlow led XTAR for eight years and will be working with the organization to ensure a smooth transition.