[SatNews] The accuracy of the Global Positioning System (GPS) has been improved with the recent handover of a fifth Boeing [NYSE: BA] GPS IIF satellite to the U.S. Air Force. 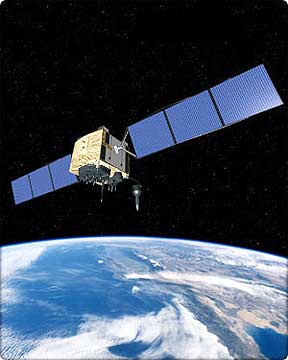 The newest addition to the GPS constellation increases the precision of position, navigation and timing data sent to users around the world. The satellite was launched on February 20, 2014. The Air Force, which operates the GPS system, and Boeing have now completed deployment and validation of the spacecraft's systems, stabilizing the vehicle and activating its navigation payload.

"As each GPS IIF joins the fleet, we are sustaining and modernizing the constellation for years to come," said Craig Cooning, vice president and general manager of Space and Intelligence Systems. "With this latest successful handover, Boeing is maintaining a robust operating rhythm this year to support the GPS program."

Boeing is preparing the next GPS IIF satellite—the sixth of 12—for a second quarter launch. The GPS IIF delivers improved accuracy, greater security and anti-jam capabilities while maintaining baseline legacy GPS performance. Since the first launch in 1978, Boeing-built GPS satellites have accumulated the equivalent of more than 500 years of on-orbit operation.

A unit of The Boeing Company, Boeing Defense, Space & Security is one of the world's largest defense, space and security businesses specializing in innovative and capabilities-driven customer solutions, and the world's largest and most versatile manufacturer of military aircraft. Headquartered in St. Louis, Boeing Defense, Space & Security is a $33 billion business with 57,000 employees worldwide.

The Boeing Defense, Space & Security infosite is located at http://www.boeing.com/boeing/bds/