With Veteran's Day approaching this next Monday, awards to a company that appreciates veterans seems apropos ...

Metis Technology Solutions, a fast growing space mission support company based in Albuquerque, New Mexico, received both national and local awards in recognition of its progressive workplace policies and special programs to recruit and promote veterans. With distinguished veterans from across all the U.S. military services, the company’s full senior leadership team (apart from its CEO) have all served in the armed forces.

Joy Colucci, Chief Executive Officer of Metis said that their workforce is their most valuable asset and it is made stronger through diversity. They are so grateful to the men and women who have served this country in the military and feel fortunate to benefit from the discipline, courage and skills they bring. Last year, 30 percent of their new hires were veterans with wartime service. Metis also has revealed their new website.

Metis was honored for having multiple initiatives that attract and benefit veterans in addition to offering progressive benefits for all employees. Veterans programs include a Veteran Information Group, a Veteran Leadership Program, and additional education reimbursement dollars for Veterans taking courses that support career growth and qualifications for management and leadership positions.

Recently, the company was commended by three different organizations, with two national level awards and one statewide award. 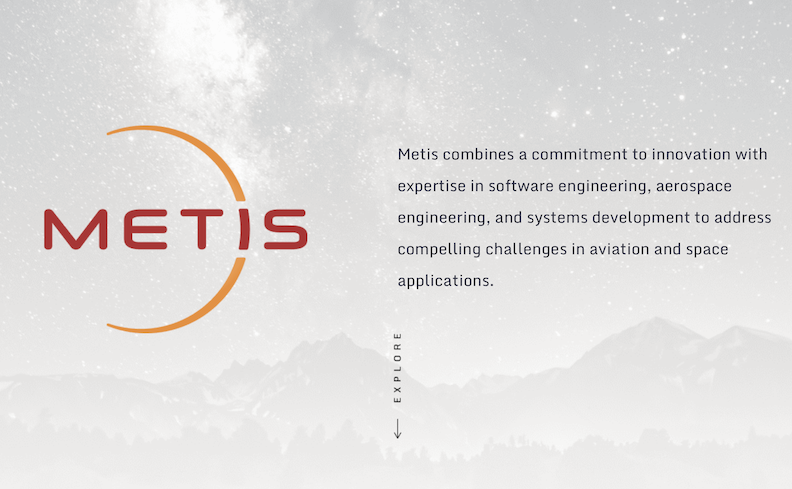 Metis received the HIRE Vets Platinum Medallion Award for medium-sized companies, which is the only federal-level veterans’ employment award that recognizes a company or organization’s commitment to veteran hiring, retention, and professional development. The program was established by the U.S. Government Secretary of Labor in 2017 and Metis received the Gold Medallion in 2018 and the Platinum Medallion this year.

Metis has veterans with wartime service ranging from the Vietnam war up to the most recent Operation Iraqi Freedom and Operation Enduring Freedom (Afghanistan).  The award was based on 24 percent of employees having served in the military with veterans from all the services, including the U.S. Army, Air Force, Navy, Marines and Coast Guard.

Metis was honored with the Family Friendly Business Award at the Gold level from Family Friendly New Mexico, a nonprofit initiative that recognizes New Mexico employers and businesses that offer family friendly employee benefits and policies. The statewide program was developed to recognize companies that have adopted policies that give New Mexico businesses an advantage in recruiting and retaining the best employees. To earn the award, Metis met multiple requirements in four categories, including: Paid Leave, Health Support, Work Schedules, and Economic Support.

Giovanna Rossi, founder and Director of Family Friendly New Mexico added that as they grow the state’s economy, they have the opportunity to be a national leader in offering New Mexicans workplaces that help companies attract and keep the best workers. They are happy to recognize Metis Technology Solutions as a leader in implementing family friendly policies.

Metis, founded in 2010, is a woman-owned small business that delivers space mission support and software development, science and engineering services for federal agencies including NASA the U.S. Department of Defense, and the U.S. Air Force. In addition to their awards the company has been recognized as one of the fastest growing technology companies in New Mexico for three years in a succession, has received more than 30 NASA Achievement Awards, and was named NASA Small Business of the Year in 2017.  The company also has offices in six states across the country.