Forrester Reports: Progress is Rather Slow for Eutelsat After Revealing Their Q1 Financials, Plus Intelsat's Spengler on the CBA's 200 MHz Limit

Journalist Chris Forrester is reporting at Advanced TV that Eutelsat unveiled their Q1 results (to September 30th) and warned of slower progress for the rest of its fiscal year — the results were issued after the market closed on October 30th — as the market opened on October 31st, its share price crashed 12.37 per cent to 18.34 euros.

The revenue news was generally bad, and given that it was just three months since it issued favorable guidance for the year to June 30th 2019, taken as a near-profits warning.  Indeed, one equity analyst marked down his advice to “SELL” Eutelsat stock, and gave a target price downgrade for its shares to a miserable 13 euros. Another questioned CEO Rodolphe Belmer as to why this was the third guidance downgrade in the past five quarter-years. 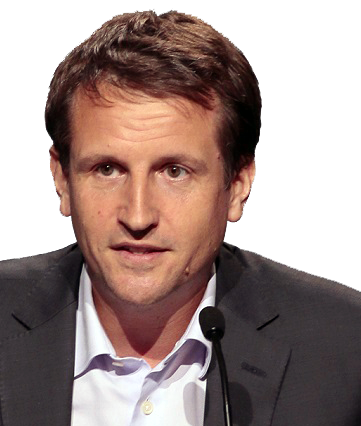 Belmer stressed the overall business was “stable” and that Video would go from stable to “slightly growing” during its fiscal year. He also confirmed the operator had sold its stake in its Eutelsat 25B (to Qatar’s Es’hailSat) for 135 million euros and told analysts that Eutelsat had suffered a “set back” in its relations with the U.S. government over contract renewals and had won less business than expected.

Then Belmer listed fall after fall across most divisions. Overall Q1 revenues were 335 million euros (349 million euros last year) and, when currency costs were taken into account, the drop was 2.7 percent.  Video division revenues were down 1.7 percent. Fixed data fell 12 percent. Fixed broadband down 7.3 percent. There were some highlights, with Government services up 4.2 percent and Mobility up 11 percent.

Michel Azibert, deputy CEO, told analysts that the decline in Video revenues came from lower professional video capacity bookings and “a lower contribution” from FRANSAT (the French digital DTH platform). “At the end of September 2018, the total number of channels broadcast by Eutelsat satellites stood at 6,999 up 3.6 percent y-o-y. Excluding the impact of the disposal of Eutelsat 25B, they would have been [up] by 4.9 percent.”

Also somewhat unexpected was Eutelsat’s fall in the number of HD channels carried — that was not helped by the sale of Eutelsat 25B and, therefore, no longer in the operator’s total. The current HD channel count is 1,419.

Eutelsat’s fill rate was 69 percent, up from 68.1 percent at June 2018. The company's  all-important backlog of contracted business was 4.7 billion euros (down from 5.2 billion euros last year).

Additionally, Forrester is reporting at Advanced TV that Intelsat’s CEO, Stephen Spengler, has told analysts during the firm's Q3 conference call that the C-band Alliance’s (CBA) plan to free up C-band capacity for the USA’s speedy adoption of 5G would be limited to 200 MHz, and that this bandwidth was the highest slice of spectrum likely to be available in the short-to-medium term.

Spengler said that 200 MHz was the maximum available to be cleared in the target 18-36 month time-frame. Intelsat stated that neither it – or other members of the CBA – had done any work above the 200 MHz target and that freeing up additional spectrum would require a greater depth of technical development and, possibly, new satellites. Moreover, anything above 200 MHz is not on the CBA’s agenda.

Sami Kassab, an analyst at investment bank Exane/BNPP, in a note to investors, said that the bank continued to believe that 250 MHz was a possibility.