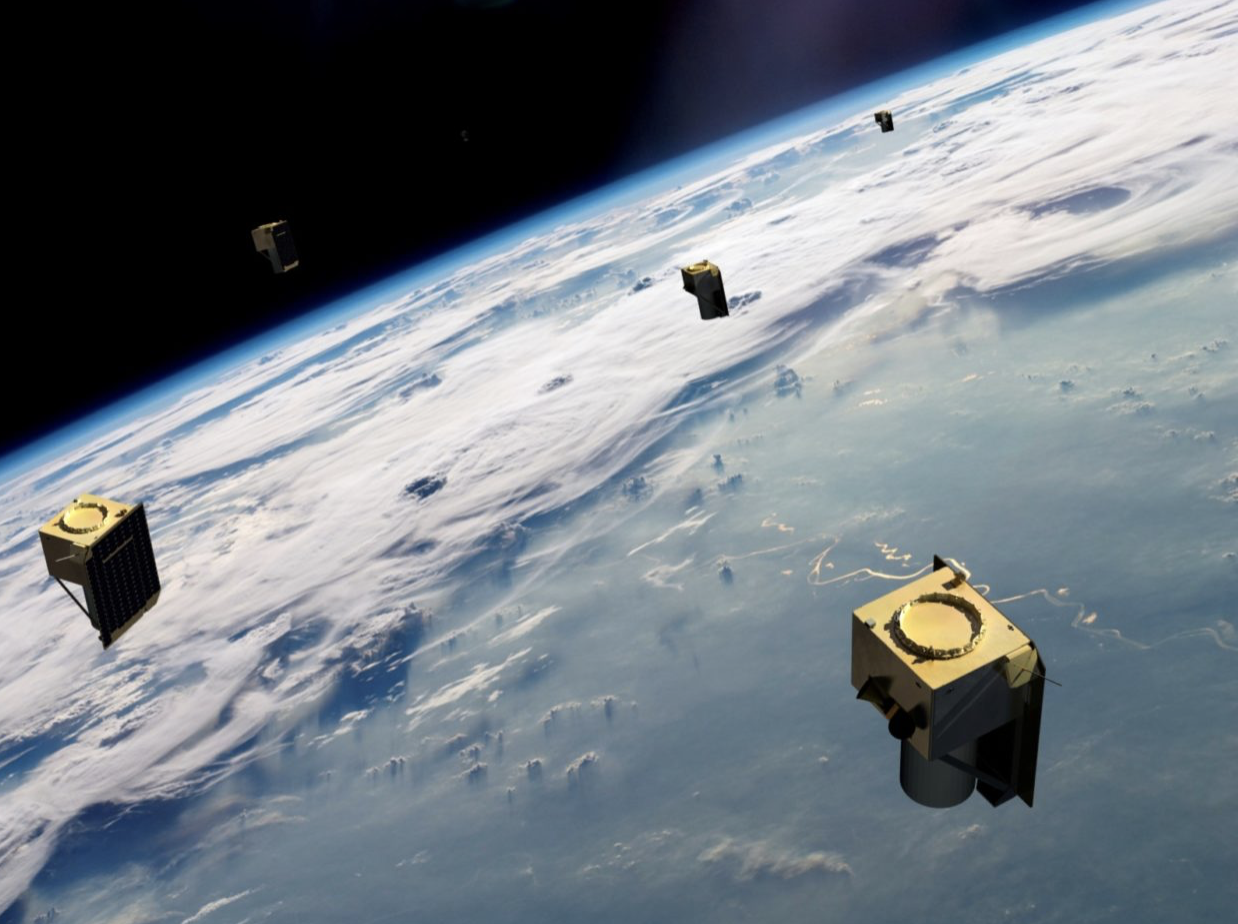 Seattle-based BlackSky is ramping up commercial operations of its satellite-based geospatial intelligence platform, thanks to newly announced deals with the National Reconnaissance Office and HawkEye 360, a company that has its own radio-sensing satellites in orbit.

Both deals were announced today in conjunction with the GEOINT Symposium in San Antonio.

One agreement opens the way for BlackSky to make use of the signal-detection data provided by Virginia-based HawkEye 360’s formation-flying satellite constellation in its own web-based analytical services. The radio-frequency data will supplement readings in other wavelengths beamed down from BlackSky’s own Global constellation for Earth observation as well as a wide range of other satellites.

“This is a very unique offering that provides key markets such as defense, maritime and emergency response, with a new layer of high-impact geospatial intelligence,” BlackSky CEO Brian O’Toole said in a news release. “Being able to access and visualize this data, fuse it with other data sets, and analyze it within one platform is incredibly valuable.”

Chris DeMay, founder and chief technology officer of HawkEye 360, said the combined data set will come in particularly handy to trace activity such as illegal fishing, violations of trade sanctions and human trafficking.

“By integrating HawkEye 360’s RF data into the BlackSky platform, users can geolocate ships who have attempted to ‘go dark’ and tip-and-cue BlackSky satellites for additional evidence of the illicit activity,” he said. “HawkEye is excited to partner with BlackSky to provide time-dominant, multi-intelligence global awareness services.”

Today’s other deal highlights the potential applications for integrated geospatial intelligence: BlackSky announced that it has been awarded an NRO study contract to provide commercial satellite imagery.

The announcement didn’t provide details about the scope or the size of the award, except to note that the NRO provides commercial imagery to the defense and intelligence community to support homeland defense, national security, disaster relief and emergency response missions.

“Being selected by the NRO to participate in the study contract validates how BlackSky has quickly become a trusted partner of providing mission-critical global intelligence,” O’Toole said in a news release. “We’re combining high-revisit satellite imaging with a unique analytic solution for site monitoring, all at a price point not seen before with traditional providers. We look forward to building a long-term partnership with the NRO and continuing our support of the U.S. government’s existing and emerging security and intelligence needs.”

BlackSky, a subsidiary of Seattle’s Spaceflight Industries, says it officially began commercial operations in early May after completing several significant on-orbit milestones for its first two Earth-imaging spacecraft, Global-1 and Global-2. The company is due to launch Global-3 and Global-4 in the coming months, and plans to launch four more satellites later this year.

“Now that we have fully integrated our constellation with our global intelligence platform and ground station network, we are delivering mission-critical imaging and analytic solutions to our customers,” O’Toole said.

With eight satellites, BlackSky expects to deliver imagery from more than five revisits per day over many sites of interest. BlackSky plans to have more than 16 Global satellites in orbit by the end of next year, which should double the revisit rate and provide time-sensitive satellite data with low latency.