Lots Of Information To Be Devoured From EUMETSAT's Full Council Plate

EUMETSAT, the European Organisation for the Exploitation of Meteorological Satellites, held its 67th Council meeting in Darmstadt, Germany, on June 20th and July 1st.

The meeting was chaired by General Dr. Massimo Capaldo, Head of the Meteorological Department (Chief of the Staff Office - Ufficio Generale Spazio Aereo e Meteorologia) in the Italian General Meteorological Office. This was the first EUMETSAT Council attended by Latvia and Poland as full Member States. The accession process continues, with the Council adopting a resolution on the accession of Romania as a full EUMETSAT Member State by January 2010. 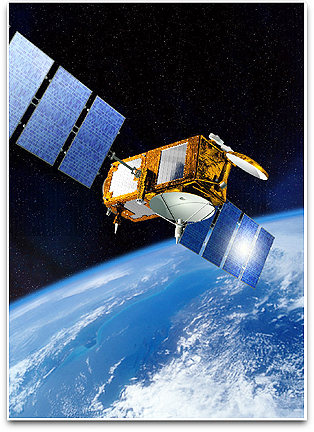 The Jason-3 altimetry program and Global Monitoring for Environment and Security (GMES) received impetus from the Council. A draft program proposal, declaration, and enabling resolution on the optional Jason-3 altimetry programme were approved, opening the Jason-2 ocean altimetry satellite follow-on program to subscriptions by interested EUMETSAT Member States. The aim is for the Jason-3 programme to be fully funded by the end of 2009. EUMETSAT is prepared to contribute 63 million euros to the 252 million euros program costs of Jason-3.

The Council also approved a Framework Agreement with the European Space Agency (ESA), which will pave the way for further detailed arrangements between both organizations for cooperation on GMES Sentinels (Sentinels-4 and -5). The Council also adopted a draft program proposal and EUMETSAT/ESA implementing arrangement on the GMES Sentinel-3 Program under the responsibility of ESA. EUMETSAT will be the operator of Sentinel-3, serving the marine user community with near-real-time and off-line products.

Other future programmes discussed by the Council were the Post-EUMETSAT Polar System (Post-EPS) and Meteosat Third Generation (MTG). The full MTG program is expected to be approved in 2010. The first generation of EUMETSAT’s successful Meteosat series will continue operations, with Council extending the Meteosat Transition Program (MTP) to provide the Indian Ocean Data Coverage service for three years starting in 2011, and closing out in 2014. It also approved the provision of Météo France’s RETIM data distribution service via EUMETCast.

The Council approved the concept for EUMETSAT’s involvement in the Indian Space Research Organisation (ISRO) and Centre National d’Etudes Spatiales’ (CNES’), the French space agency’s SARAL (Satellite with ARgos and ALtimeter in Ka-band) program, as a baseline for starting negotiations with CNES. The EUMETSAT Secretariat was tasked to negotiate with CNES an exchange of letters establishing EUMETSAT’s tasks in the SARAL mission. EUMETSAT’s proposed contribution would focus mainly on near-real-time processing of SARAL data and the dissemination of these processed data to end users. Finally, the Council endorsed a resolution on climate monitoring activities in EUMETSAT. As a first priority, EUMETSAT will generate Fundamental Climate Data Records and as a second priority Thematic Climate Data Records, making use of the expertise of its Satellite Application Facilities.