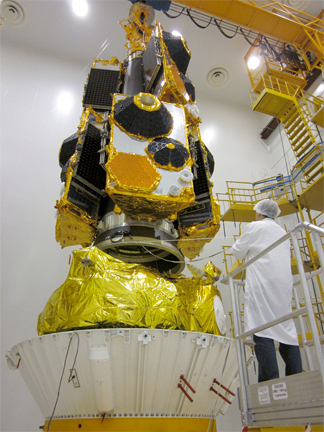 ...at the Baikonur Cosmodrome in Kazakhstan. Following the successful completion of their pre-shipment review at Thales' manufacturing facility in Rome, the final two satellites arrived at the launch complex on December 9th. Once deployed, the six satellites will restore full service to Globalstar's customers and position the Company as the first mobile satellite service provider to deploy a second-generation constellation of low-earth-orbit (LEO) satellites. Combined with the Company's suite of consumer retail SPOT products, Globalstar will be positioned to offer the world's most extensive lineup of highly reliable and lowest priced mobile satellite services to the broadest range of customers around the globe.

Two of the six satellites previously delivered to the launch site have already been fueled and mated to the upper stack of the dispenser of the Soyuz launch vehicle. With the delivery of the final two satellites, the Company remains on schedule for a launch in early February.