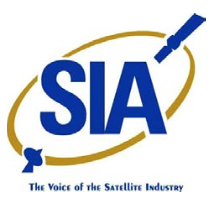 A new year, 2018, and a new Executive Committee for The Satellite Industry Association (SIA)

The Satellite Industry Association (SIA) today announced the election results for its 2018 Executive Committee. The SIA Board of Directors elected Gerry Oberst of SES to serve as Chair for this year, joined by Bruce Cathell of Viasat Inc., as Vice Chair and Susan Crandall of Intelsat, to serve as Treasurer.

Tom Stroup, President of SIA stated that it is with great pleasure that he announces these three experienced industry executives that will be leading their Executive Board for 2018. These are exciting times for the commercial satellite industry with the launch of advanced new satellites and the deployment of new constellations, providing broadband, remote sensing and other new services. SIA’s Executive Board suitably reflects the expanding nature of the industry and each of these incoming leaders bring years of valuable commercial and regulatory expertise to their growing roster of diverse executive members. He added that he would also like to thank SIA’s outgoing board for their service during the past 12 months and they look forward to a new year as the voice of the U.S. satellite industry. 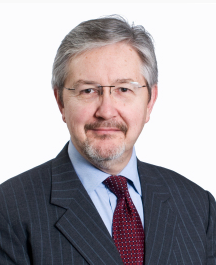 Gerry Oberst is Senior Vice President, Global Regulatory and Governmental Strategy at SES. He has more than three decades of professional experience advising the satellite communications industry and before joining SES was a partner in the law firm Hogan Lovells. He started his career in Washington, D.C. and moved to Brussels in 1991 to help open a new European office for the firm and advise on international regulation of communications services. During his career he has worked with and advised a host of major telecommunications clients in their dealings with the International Telecommunication Union, the European Commission and EU Member States, as well as some emerging market administrations. In Brussels, he was the chair of the Satellite Action Plan Regulatory Group. For twenty years, he was the regulatory columnist for Via Satellite magazine has published extensively in other publications, including a blog at his law firm entitled the “International Spectrum Review” and the book “The Consolidated EU Electronic Communications Regulatory Framework” reflecting 2009 amendments. Gerry is a member of the International Institute of Space Law and Federal Communications Bar Association. 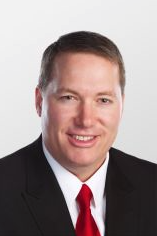 Bruce Cathell is Vice President, Government Operations at Viasat, Inc. Bruce is the principle senior executive interfacing to the US Government and leads all aspects of Viasat's Defense & Aerospace Operations in the Washington, DC area. In this capacity, Bruce provides technical, policy, regulatory and budgetary leadership across all aspects of Viasat’s Government Systems broad products and services portfolio. Bruce has worked a variety of space programs over his 25 year career in industry and government, having most recently worked at the Office of the Secretary of Defense, where he provided program oversight of multi-billion dollar satellite and terminal programs. In this role, Bruce led a number of Department level studies on satellite communications, led acquisition efforts to turn around underperforming programs, worked policy, budget and legislative issues, authored a number of congressional reports on satellite communications and drafted speeches and press releases. Bruce is well versed in commercial and military communications satellites, ground control segments, terminals, satellite manufacturing and launch operations. Bruce holds engineering degrees from Virginia Tech University and Embry-Riddle Aeronautical University.

Susan H. Crandall is Associate General Counsel of Intelsat Corporation, where she is responsible for compliance with U.S. communications law and policy. Prior to joining Intelsat, Susan was Of Counsel in the Washington, D.C. office of Morrison & Foerster, where she counseled media and satellite clients.