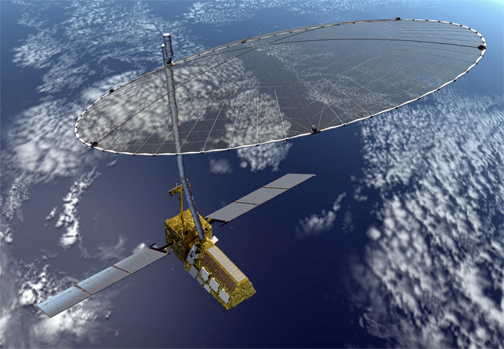 The flash memory Solid-State Recorder (SSR) products of Airbus Defence and Space had previously successfully passed all NASA space qualification test requirements. In addition, the company’s flash-based SSR has exceeded 40 months of operation in orbit onboard SPOT 6 (2012), the first commercial satellite to deploy this technology. Airbus Defence and Space flash-based mass memory products have also been launched on SPOT 7 (2014) and Sentinel-2 (ESA, 2015).

Using advanced radar imaging, NISAR will observe and take measurements of some of the planet's most complex processes. These include ecosystem disturbances, ice-sheet collapse, and natural phenomena such as earthquakes, tsunamis, volcanoes and landslides. It is a partnership between NASA and the Indian Space Research Organisation.

Jean-Pierre Domenget, who heads up the company's Space Equipment division, reported that the Solid State Recorders will offer 10 Tbit and more as far as capacity is concerned, all in a unit that has a total mass of less than 25 kg.