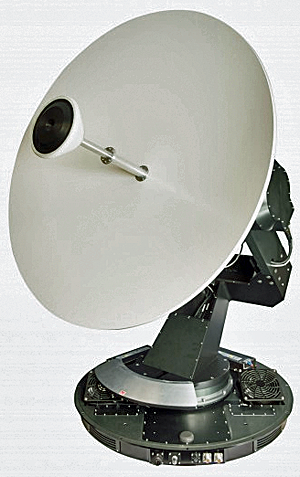 The Cobra tri-band terminal supports four connected modems, enables simultaneous communication at X- and Ka-bands, provides services on both military and commercial Ka-band satellites and is in the final stages of certification for the WGS and Inmarsat GX networks. This flexibility in service provision and the unique monopulse tracking technology used by EM Solutions, which maximizes the ability of the terminal to maintain satellite lock under the most extreme conditions, is a significant step forward in meeting customer expectations of assured broadband communications at sea.

EM Solutions is expanding production capability for their Satellite-On-The-Move (SOTM) terminals to support increased demand across both the land and maritime sectors with a specific focus on interoperability and assuredness for government and military applications.

EM Solutions CEO, Rowan Gilmore, stated that Cobra is world leading innovative technology that is fully designed, manufactured and supported in Australia. Initially seeded under a CTD program, Rowan said the he commends the Australian Navy on taking the next step in sponsoring WGS certification and commercially deploying the Cobra product on their Cape Class Vessels.