Iran will send into the orbit a new home-made satellite named Dousti (Friendship) in the next few weeks, an academic official said on Thursday.

Dousti (Friendship) Satellite, the fully domestically-made satellite, will be launched in the coming few weeks, Hossein Mokhtari, an official of Sharif University of Technology of Tehran, said.

"More than fifty patented technologies have been used in the satellite," he added. 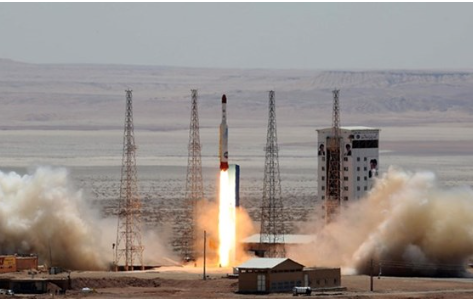 TEHRAN (FNA)- Iran will send into the orbit a new home-made satellite named Dousti (Friendship) in the next few weeks, an academic official
said on Thursday.

His remarks came after the successful launch of the rocket to place the country’s Payam satellite into the orbit ended with failure at the final stage.

Iran's Communication and Information Technology Minister Mohammad Javad Azari Jahromi said on January 15 that a ceremony to launch the satellite was held in Imam Khomeini Spaceport, but Payam did not reach enough speed in the third stage and was not put into orbit.

He added that Dousti satellite is waiting to be launched.

Payam-e Amirkabir Satellite was designed and developed by Tehran’s Amirkabir University of Technology and was planned to carry out imagery mission in Low Earth Orbit (LEO).

Iran is one of the 9 superior states in building satellites beside the US, Russia, Europe and Canada.