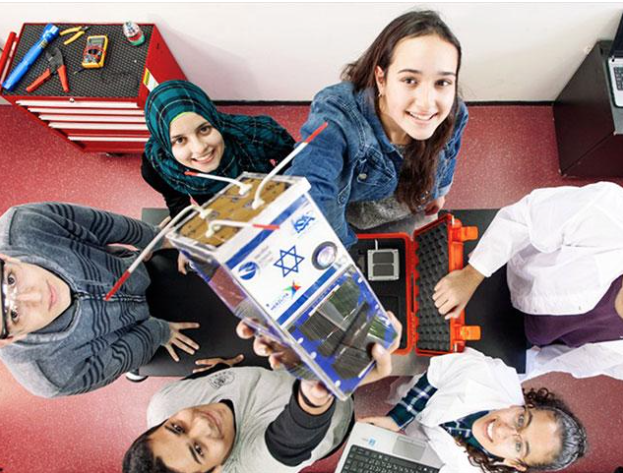 JERUSALEM, Israel – Two Israeli nano-satellites that will gather data for medical and environmental research were among the record 104 satellites launched from India on Wednesday.

All but three of the satellites launched under the auspices of the Indian Space Research Organization are nano-satellites, each weighing less than 10 kilograms (about 20 pounds).

Israel was one of five countries that took part in Wednesday's launch. In addition to India, which launched two nano satellites and one heavy one, the United States, Switzerland, the Netherlands and Kazakhstan also launched nano-satellites.

The first Israeli satellite, dubbed BGUSAT, is owned by Ben-Gurion University. The 11-pound nano-satellite will provide researchers with high-resolution photographs to track climate changes and trends.

The second Israeli satellite, called SpacePharma, carries a mini-lab capable of carrying out experiments such as how weightless affects various substances. Researchers can access the satellite's information on their smart phones.

According to the report, the PSLV C37 (Polar Satellite Launch Vehicle) traveled through space at 40 times the speed of most airplanes.