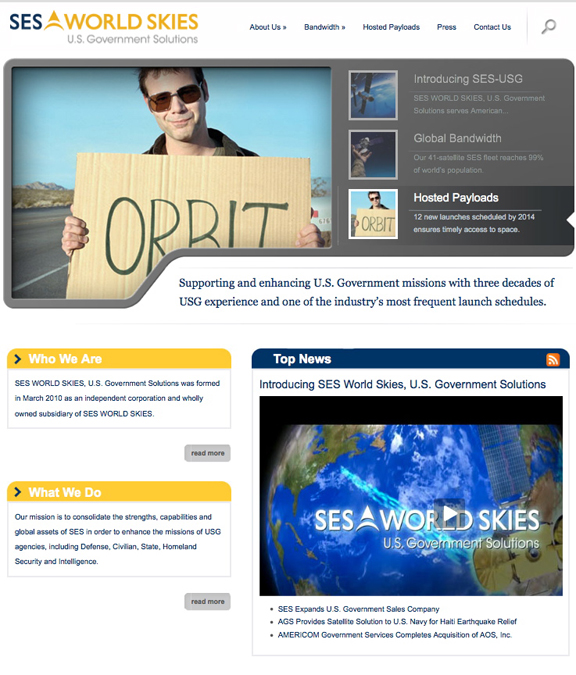 The combination of AMERICOM’s 37 years of USG experience, along with SES’ 41 GEO communications satellites covering 99 percent, of the world’s population will enable an enhanced communications capability for the U.S. Government. Additionally, SES has tasked the new SES WORLD SKIES, USG Solutions team with helping to shape the SES fleet of the future to better meet the demands of U.S. Government customers.

Robert Bednarek, President and CEO of SES WORLD SKIES, noted “The creation of this organization not only signifies a change in the way we go to market as a global operator, it also empowers a single coherent voice for the U.S. Government in our satellite investment planning process, which will yield the most important long term benefits for both the company and our government customers.”

SES WORLD SKIES, USG Solutions is led by Tip Osterthaler, President and CEO, who previously served as the President and CEO of AMERICOM Government Services (AGS), the company around which this new organization has been formed. “On the eve of a significant shift in U.S. Government buying practices with FCSA, this new focus within SES aligns us to best meet the current needs of our customers. Additionally, it presents the U.S. Government with the opportunity to influence future commercial capacity to ensure bandwidth is available for future requirements,” said Osterthaler.