Contract for Orion Spacecraft Finalized Between Lockheed Martin and NASA

NASA and Lockheed Martin (NYSE: LMT) have finalized a contract for the production and operations of six Orion spacecraft missions and the ability to order up to 12 in total.

Orion is NASA’s deep space exploration spaceship that will carry astronauts from Earth to the Moon and bring them safely home. Lockheed Martin has been the prime contractor during the development phase of the Orion program.

The agency’s Orion Production and Operations Contract (OPOC) is an indefinite-delivery, indefinite-quantity (IDIQ) contact for NASA to issue both cost-plus-incentive fee and firm-fixed-price orders. Initially, NASA has ordered three Orion spacecraft for Artemis missions III-V for $2.7 billion. Then in fiscal year 2022, the agency plans to order three additional Orion spacecraft for Artemis missions VI-VIII for $1.9 billion. 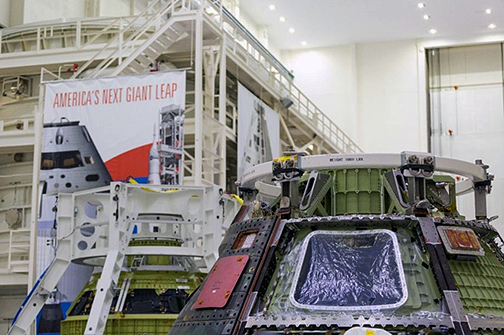 Lockheed Martin is the prime contractor building NASA's Orion, the only spacecraft designed for long-duration, human deep space exploration. Orion will transport astronauts to interplanetary destinations beyond low Earth orbit, such as the Moon and eventually Mars, and return them safely back to Earth.

OPOC will realize substantial savings compared to the costs of vehicles built during the design, development, test and evaluation (DDT&E) phase. As many as six additional Orion spacecraft may be ordered under the IDIQ contract through Sept. 30, 2030, leveraging spacecraft production cost data from the previous six missions to enable the lowest possible unit prices.

The first spacecraft delivered on this contract, Artemis III, will carry the first woman and the next man to the Moon in 2024, where they will dock with the Gateway and ultimately land on the surface using a lunar landing system. Orion is a critical part of the agency’s Artemis program to build a sustainable presence on the lunar surface and to prepare us to move on to Mars. 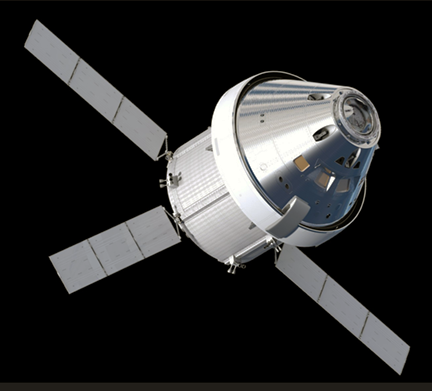 Artistic rendition of the Orion spacecraft.

Lockheed Martin and NASA recently announced the completion of the Orion crew and service module being developed for the Artemis I mission, an uncrewed mission to the Moon. Work on the spacecraft for the Artemis II mission, the first crewed flight to the Moon, is well underway at the Kennedy Space Center in Florida.

Reusable Orion crew modules and systems, use of advanced manufacturing technologies, material and component bulk buys and an accelerated mission cadence all contribute to considerable cost reductions on these production vehicles.

Rick Ambrose, EVP of Lockheed Martin Space, said this contract clearly shows NASA’s commitment not only to Orion, but also to Artemis and its bold goal of sending humans to the Moon in the next five years. Lockheed Martin is equally committed to Orion and Artemis and producing these vehicles with a focus on cost, schedule and mission success.

Mike Hawes, Orion program manager for Lockheed Martin Space, said the company has learned a lot about how to design and manufacture a better Orion — such as designing for reusability, using augmented reality and additive manufacturing — and the firm is applying this to this next series of vehicles. Driving down cost and manufacturing them more efficiently and faster will be key to making the Artemis program a success. One must also appreciate how unique Orion is. It’s a spaceship like none other. The company has designed it to do things no other spacecraft can do, go to places no astronaut has been and take us into a new era of human deep space exploration.