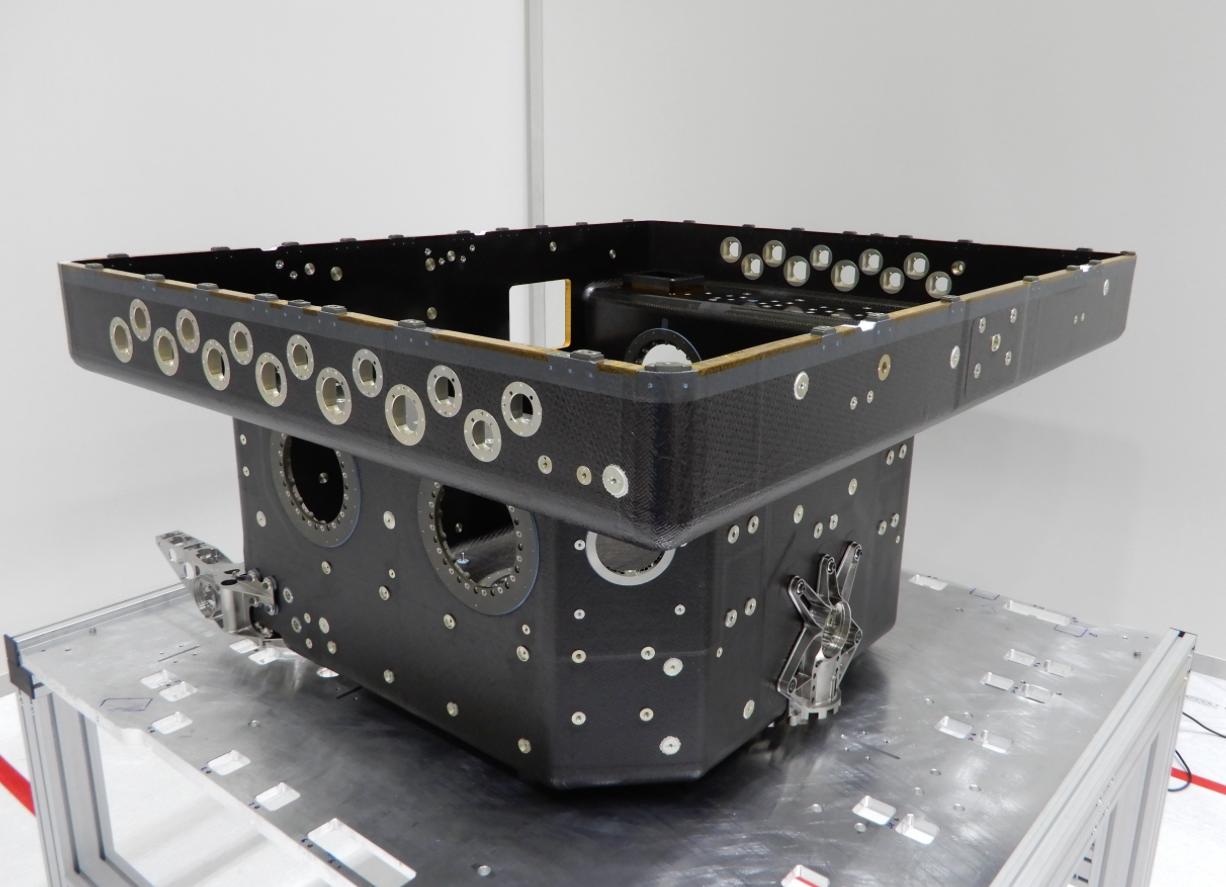 Rover “bathtub”, part of the chassis of the ExoMars
2020 Mission Rover © RUAG

Poor Rover needs a name (besides Bathtub) ... RUAG Space's Rover (for Mars mission) is in the process of being built, and there's no announcement yet as to the winner of naming the Rover although the competition did end in mid-October.

The United Kingdom Space Agency had initiated a competition in summer to find a name for the next European Mars Rover. This competition closed in mid-October. The prize: a tour of the Airbus facility in Stevenage, England, where the ExoMars rover is being built.

The next Rover may not have a name yet, but its development is progressing: Two structure flight models were delivered by RUAG Space to Airbus Defence and Space, and OHB System AG, respectively. They will now serve as a basis for the integration of the other components of the Rover and the Carrier Module, which will both be delivered to Thales Alenia Space for integrating them with the Russian Descent Module, and for performing the ExoMars 2020 mission.

The Space Division of the RUAG Group develops and manufactures structures for spacecraft, including those in major European space programs. For ExoMars, which focuses on the study of life on Mars, RUAG Space built the central structure for the next Mars Rover, which was designed by Airbus Defence and Space. 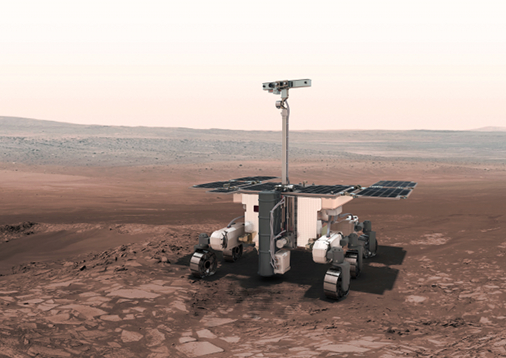 Rendering of an ExoMars Rover, © ESA

For ExoMars, two structures have recently been delivered: the so-called Mars Rover Bathtub — a structure that will form part of the chassis of the Mars Rover in the ExoMars 2020 mission. RUAG Space delivered it to Airbus Defense and Space recently, where it will be used along with the other structural components manufactured by Airbus Defence and Space, in the assembly of the Rover vehicle. The Mars Rover will collect samples of the Martian rocks and transport different instruments for optical and chemical analysis.

For the transport module of the Mars Rover, RUAG Space produced the central structure and delivered it to OHB System AG recently. The so-called Carrier Module will transport the Mars Rover and a land probe (called Descent Module) through space to Mars, where the rover will search for traces of past life on the red planet. In 2020, the complete Spacecraft Composite will launch on a Proton M launcher from Russia into space.

Support during takeoff and space flight

The Carrier Module consists of a machined interface ring and aluminum panels that guarantee maximum rigidity and reliability. It provides the structural interface to the launcher and includes systems for power generation and distribution, attitude control and telecommunications for the complete Spacecraft. The Carrier Module also mechanically supports the Descent Module, built by the Russian Space Agency Roscosmos with key technological contributions from ESA, during all launch and transfer phases to the Martian surface.

ExoMars Rover 2020 refers to the Mars surface robotic mission of the ExoMars program, which is part of the Aurora program of the European Space Agency (ESA) with Thales Alenia Space Italia as Prime Contractor. The goal of the Aurora program is to explore the solar system. The focus of the ExoMars program, performed within an international cooperation between ESA and Roscosmos, is on answering the question of whether there is — or has ever been — life on the red planet.