[SatNews] “With Wirecast, we can stream live from anywhere with a decent Internet connection using our mobile setup of Blackmagic cameras and switcher, and Razer computers."

Telestream®, provider of digital video tools and workflow solutions announces that GRAMMY® Award-winning rock band Imagine Dragons is using the Telestream Wirecast software to give fans a glimpse at life on the road by streaming their League of Legends matches, interviews, and live impromptu performances on their newly launched Twitch channel.

"The band is always looking for ways to connect to fans on a personal level, and their new Twitch channel is the next step in that endeavor. By live streaming from their Smoke + Mirrors Tour, they’re able to take fans with them behind the scenes in locations around the world," explains Mac Reynolds, the band's manager. 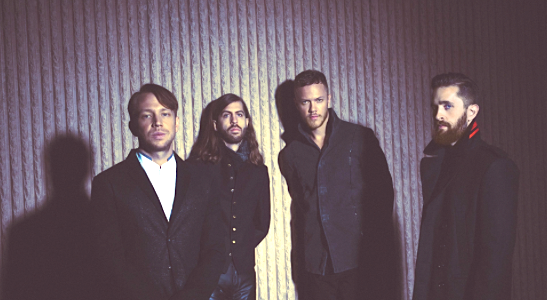 Turner Pope, Imagine Dragons’ project manager is responsible for the initiative.  “The Telestream guys have been really supportive,” says Pope. “With Wirecast, we can stream live from anywhere with a decent Internet connection using our mobile setup of Blackmagic cameras and switcher, and Razer computers."

With Wirecast, users can easily stream to popular streaming video platforms and CDNs such as Ustream, Twitch, YouTube, Azure, and Akamai. For Imagine Dragons, Turner and the team chose Twitch as the best option for the band and the fans, because of the channel's popularity and strong support for gaming communities. Wirecast allows the band to connect their cameras, microphones, and even their Blackmagic Design’s ATEM switcher to stream directly to their Twitch channel at the click of a button.

Imagine Dragons plans to live stream at various stop during their current tour. Viewers can see their live stream, and watch past videos at http://www.twitch.tv/imaginedragons/