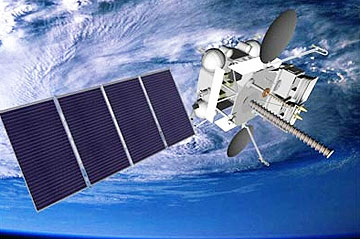 The blastoff was originally scheduled for December 25, 2010, but was delayed and took place at 3:29 pm Moscow time (12:29 GMT) on Thursday. The Elektro-L 1 was designed to provide meteorologists with a wide variety of data, including weather analysis and forecasting on a global and regional scale. It also monitors changes in the climate. The satellite should be able to image the entire visible hemisphere of Earth at a resolution of 1 km per pixel (visible light band) and 4 km (IR band), every 30 minutes. The weight of the spacecraft in operational mode is about 1,500 kg. Its service lifetime is about 10 years. The Russian government previously said it would restore the Soviet network of weather satellites, which could help monitor weather and climate conditions across the country's 11 time zones. Currently, Russia has to use meteorological data from U.S. and European weather agencies.