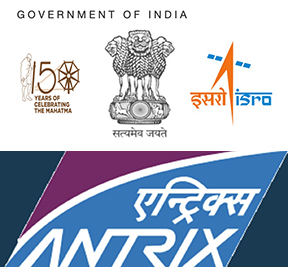 The Indian Space Research Organisation (ISRO) and its commercial arm, Antrix, have had a tough few years with legal actions as well as allegations of fraud and malpractice that resulted in criminal convictions for some key individuals — those problems now seem to be in the past, according to a report by journalist Chris Forrester at the Advanced Television infosite.

ISRO saw overall revenues last year (financial year 2018-2019) of some $255 million. ISRO says that for 2020 that revenue could rise to more than $300 million, helped by a growing success of rocket-building and launching and never-ending growth in demand for satellite communications.

Antrix Corporation Chairman and MD Director Rakesh Sasibhushan said the revenue will be shared between the corporation and New Space India Limited, a new commercial arm of ISRO that was established in March 2019 to collaborate with the private sector for the manufacture of launch vehicles.

ISRO says that the organization also has foreign launch contracts in place for U.S. and Singapore-based businesses.

Such is the demand that ISRO is building a third launch pad near in the Thoothukudi district of Tamil Nadu for smallsats. This need for additional launch pads has arisen as a result of the increase in the number of satellite launches from India. ISRO conducted 13 launches from its two launch pads since 2018.