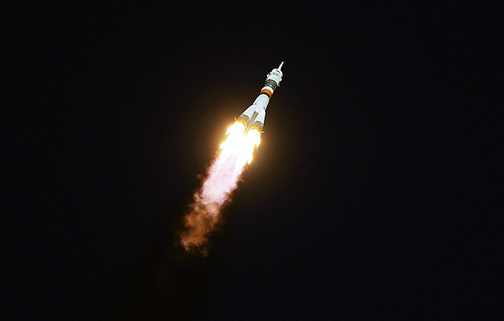 A Soyuz 2.1b rocket carries The Glonass-M satellite to orbit. Photo is courtesy of Sergey Savostyanov/TASS.

The Fregat upper stage successfully launched a Glonass-M satellite into orbit on Sunday, following separation from the Soyuz-2.1b carrier rocket, according to an official with the Russian Defense Ministry.

"The Soyuz-2.1b carrier rocket that was launched from the Plesetsk Cosmodrome on Saturday, November 3, at 23:17 Moscow time, has successfully launched the Russian navigation spacecraft Glonass-M into the calculated orbit at a set time," the official said.

The Soyuz-2 rocket replaced the Soyuz-U carriers, which was launched from Plesetsk from 1973 to 2012. In total, 435 Soyuz-U missiles were launched from the cosmodrome with some 430 vehicles launched into orbit.