Australian Space Startups Have ANGELS on Their Side 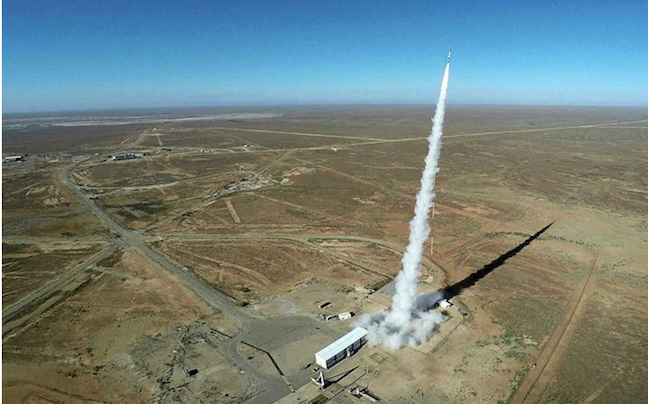 Funded by the Law Foundation of South Australia, the project was managed by Duncan Blake, a PhD candidate at the Adelaide Law School and Special Counsel on Space Law with IALPG.

“Space entrepreneurs can maximize their prospects of commercial success by knowing about laws applicable to space activities and manage the risk of penalties and liability,” he said.

Australia aims to grow the space market segment from AU$3.9 billion to AU$12 billion by 2030 and double space industry employment to 30,000.

South Australia has been instrumental in helping establish the nation’s space industry. It is home to major Tier 1 defense companies and several emerging startups, including Myriota and Southern Launch, which is establishing a launch facility in the state’s west.

The Australian Space Agency was officially launched in July 2018 and received $41 million over four years from 2018-19 in the federal budget to “grow the Australian space industry,” including $26 million to help launch the agency which will “co-ordinate domestic space activities for Australia”.

“Adelaide, and the Australian Space Agency, is at the epicenter of the country’s expanding space industry,” he said.

“The ANGELS website will provide legal and regulatory guidance to entrepreneurs, working here and overseas, who will write the next chapter in Australia’s space exploration.”

ANGELS has information on liability and insurance, export control and intellectual property laws, as well as laws applicable to hybrid aerospace vehicles, remote sensing and launching objects into space, among other topics.

The project was overseen by a board composed of experts from the Adelaide Law School and IALPG while undergraduate students from Adelaide Law School developed the website content. The students met with more than 30 space entrepreneurs around Australia to understand what they wanted from a space law website.

“Like many spacefaring nations, Australia has a regulatory framework to implement its international obligations to authorise and supervise national space activities in Australia and by Australians overseas,” said Blake.

“The ANGELS website provides the Australian space industry with a ‘go-to’ resource for laws and regulations that are relevant to it.”

Blake pointed out that under the Space (Launches and Returns) Act 2018 (Cth) it is a criminal offence to conduct space activities without a licence or permit.

“Under the Act, permits and licences are required for many facets of space activity,” Blake said.

“Before launching an object into space from Australia a permit is required and a licence is required to operate the facility from which it is launched.

“If a high-power rocket is launched, it also needs a permit, even if it doesn’t reach space.

“If an Australian entrepreneur wants to send Australian payloads into space from overseas they need to obtain an overseas payload permit and a return authorisation to de-orbit it back into Australia or overseas.”

The website was built by South Australian company atomix.n

From The Lead South Australia