Maxar Technologies (NYSE:MAXR) (TSX:MAXR) has started production on a Legion-class geostationary satellite for Ovzon, a company located in the United States and Sweden that is dedicated to meeting the demand for increased mobile broadband connectivity in underserved regions.

Ovzon selected Maxar in December of 2018 to build their first satellite, Ovzon 3, which will provide extremely versatile mobile broadband communications for small vehicles, aircraft and users on-the-move. Now that Ovzon has secured financing to build the satellite, Maxar will begin building the spacecraft in the firm's Palo Alto, California, manufacturing facility. The satellite will be based on the mid-size Legion-class platform, formerly called the SSL-500, and is expected to be launched by SpaceX in 2021. 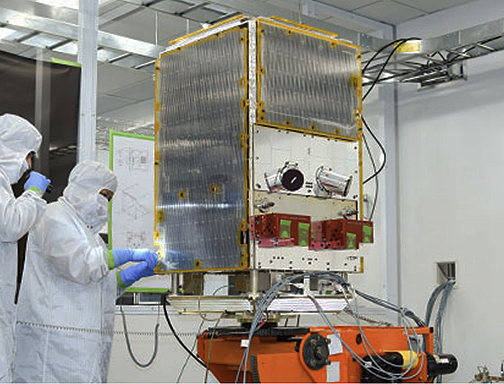 Megan Fitzgerald, Maxar’s SVP and GM, Space Solutions, said that the company's Legion-class platform offers the benefits of the company’s proven technology and performance from the 1300 class satellite bus with a lower cost and smaller form factor. The firm is delighted to collaborate closely with Ovzon on the development of their first satellite using the Maxar architecture, which will deliver better communications from space for a better world here on Earth.

Magnus René, the CEO of Ovzon, added that the company selected Maxar to build Ovzon 3 as they have a strong reputation for delivering world-class, reliable products backed by industry leading customer service and manufacturing agility. Ovzon 3 is an important first step towards fulfilling our strategy to further revolutionize mobile broadband by satellite, offering the highest bandwidth with the smallest terminals.