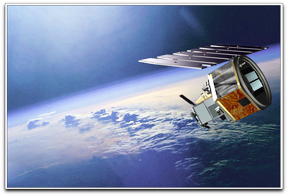 Orbital Sciences Corporation (NSYE: ORB) has announced the Interstellar Boundary Explorer (IBEX) satellite has arrived at Vandenberg Air Force Base (VAFB) in California, following the completion of its manufacturing, integration, and testing activities at Orbital’s facilities in Dulles, Virginia. The satellite arrived at VAFB on Monday, July 28th to begin the integration process with the Pegasus launch vehicle that will launch it into orbit, currently scheduled to occur in early October. The IBEX satellite project is led by Dr. David McComas, the mission’s Principal Investigator from the Southwest Research Institute (SwRI). The IBEX space science satellite is part of NASA’s Small Explorers (SMEX) program managed by the Goddard Space Flight Center for NASA’s Science Mission Directorate. Orbital and SwRI are also partnered on The Great Escape (TGE), one of the two finalists for the next Mars Scout mission to be carried out by NASA, which is based on Orbital’s successful Dawn spacecraft platform. 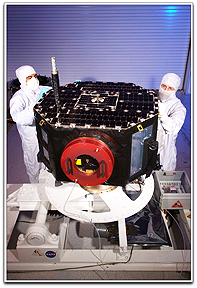 During its science investigation, IBEX will use a pair of energetic neutral atom “cameras” to capture never-before-seen images of the interactions between the million mile-per-hour solar wind that is continually blown out by the Sun and the low-density material between the stars known as the interstellar medium. To capture the images, IBEX must reach a highly elliptical orbit that will reach approximately 60 percent of the way to the moon at its apogee to perform its measurements, a feat never before performed with a low-cost space mission. The next leg of the IBEX satellite’s journey will take place in late September when the combined Pegasus air-launch system and the attached spacecraft will be ferried by Orbital’s L-1011 carrier aircraft to Kwajalein Island, a part of the Marshall Islands in the mid-Pacific Ocean, roughly equidistant between Hawaii, Japan and Australia.
Topical Tags :
New Products
Launch
Regional Tags :
North America
Global