China's space authorities added seven new members to its astronaut crew on Friday, with two women included for the first time. As is the norm for China, the names of the second batch of astronauts were not disclosed. 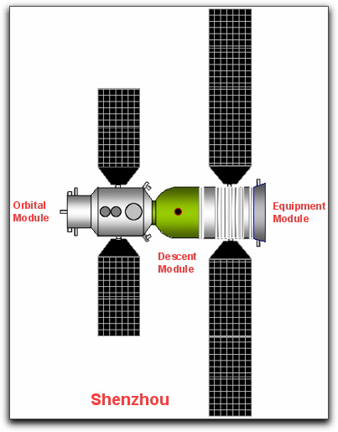 Chinese space authorities did reveal in a press release that the women are all aged 30 to 35, married and have college diplomas. The five men are fighter pilots, while the two women fly transport aircraft for the Chinese air force. On average, they have 1,270 hours of flight time each. All of the astronauts are strong physically and psychologically, the release said. China is expected to launch an unmanned space module — Tiangong 1 — in the first half of 2011, according to Xinhua News Agency.

The Shenzhou 8 spacecraft will be launched in the second half of 2011 to carry out the nation's first space docking, followed by the Shenzhou 9 and Shenzhou 10, which will be launched in 2012 to dock with Tiangong 1. The seven new additions are expected to replace some of the first batch of 14 astronauts, maintaining the "moderate scale" of China's crew, said Chen. The two women will likely be trained to become pilots of the spacecraft, he said, without specifying the time.