Spire Global has announced that Paul E. Damphousse has joined the company to lead national security business development for Spire Federal in Washington.

Damphousse brings 30 years of operations, legislative, and strategic business development leadership to the position. Damphousse served in U.S. Marine Corps for 22 years as a combat pilot and space operations officer until his retirement in 2011. His last assignment was as the Chief of Advanced Concepts for the Pentagon’s National Security Space Office (NSSO) and the DoD Executive Agent for Space. He has subsequently established a reputation as a leader in the burgeoning commercial space industry. 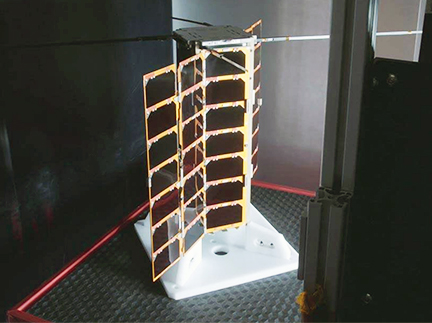 Spire has launched several new strategic partnerships this year, including deals with NASA, ESA and key global players in the weather, maritime and aviation sectors. These achievements are born from the tested success and experience of Spire, which is now the third largest private constellation of satellites in the world.

Spire Global has become an established leader in the space data industry and is partnering with the most well-regarded industry experts to create new access to highly relevant datasets for customers worldwide. Spire Federal was created with the specific edict to create new technologies for the federal government under the guidance of seasoned leaders, such as Damphousse. His tested expertise in both the regulatory and governmental sectors will enable the company to reach new agencies and audiences.

Mr. Damphousse said that he is excited to join Spire and to lead the company’s growth into the critical national security sector. Spire designs, integrates and operates one of the largest constellations of spacecraft and ground station networks in the world. In doing so, Spire has established itself as a singular leader in the new space economy. It is an honor to join this team of talented and visionary people.

Keith Johnson, VP and GM of Spire Federal added that the company has been focused on creating proven technology with proven talent. The company's objective is more complete with the addition of industry thought leaders like Paul Damphousse. The firm is beyond excited to add him to the company's team in D.C.