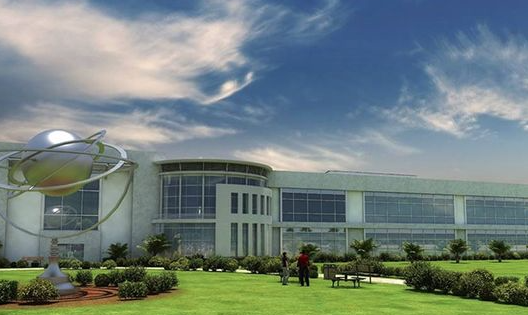 New jobs available at the start of a New Year... now there's a positive announcement.

OneWeb plans to build a constellation of nearly 650 small satellites in low Earth orbit and will construct a pair of major new space manufacturing facilities at Kennedy Space Center’s Exploration Park in order to accommodate the satellites' production. The company will expand broadband Internet access around the world, with a first batch of 10 launching in early 2018.

The company had a nice 'holiday bonus' with a billion-dollar momentum boost from investors. On December 19 OneWeb announced a $1 billion investment by SoftBank Group of Japan, which owns Sprint, and they added that earlier investors were pumping in another $200 million.

"OneWeb is a tremendously exciting company poised to transform internet access around the world from their manufacturing facility in Florida," said Masayoshi Son, chairman and CEO of SoftBank, in a statement.

The companies said the new investment would create 3,000 jobs over four years, though no total was projected for Florida. The local satellite manufacturing operation, announced in April, was expected to bring 250 jobs.

Founder Greg Wyler says the company’s goal is to connect every school by 2022, and “fully bridge the digital divide” with affordable internet available to all by 2027.

The roughly 330-pound spacecraft will be built — at a rate of up to 15 a week — by OneWeb Satellites, a joint venture between OneWeb and Airbus. A roughly 100,000 square-foot satellite factory is being designed for construction next year at Exploration Park, on NASA land managed by Space Florida.

“The SoftBank investment is a major testament by the marketplace on the credibility of OneWeb,” said Space Florida President and CEO Frank DiBello. “It’s not only a billion dollars, but it represents distribution capability. When you add that with the other investors that are already in there, they have a very impressive array of financial supporters.”

Ground has not been broken yet on the satellite factory, but DiBello said the design-build project remains on schedule.

“The company has made significant progress on the design part of that,” he said. “They should be able to still meet their intended delivery date on the facility by this time next year.”

OneWeb’s factory will sit across the street from a more massive facility in which Blue Origin plans to build stages for giant New Glenn rockets, which will stand up to 313 feet tall.

Portions of the complex totaling 750,000 square feet, which is expected to employ about 330 people, are already in place.

“The team has made extraordinary progress,” company founder Jeff Bezos, the billionaire founder and CEO of Amazon.com, said in an early December update. “As you can see here, the first steel is now going up.”

The New Glenn facility could be completed late next year or in early 2018. Blue Origin in 2018 hopes to fly space tourists on suborbital New Shepard spacecraft launched from Texas, and aims to launch an orbital New Glenn rocket from Cape Canaveral Air Force Station’s Launch Complex 36 by the end of the decade.

DiBello said crews were installing 100 pieces of steel a day at the Merritt Island factory site.

“They’re moving at light speed,” he said. “Even though their motto is ‘step by step, ferociously,’ and they liken it to the turtle, the reality is they’re moving very quickly.”