AST&Science has closed on a controlling interest in the European satellite manufacturer and system integrator, NanoAvionics.

All the key executives and management team of NanoAvionics will remain unchanged under the leadership of CEO Vytenis Buzas and CCO Linas Sargautis, both founders of the company. Abel Avellan, chairman and CEO of AST&Science, will become chairman of the board of NanoAvionics. 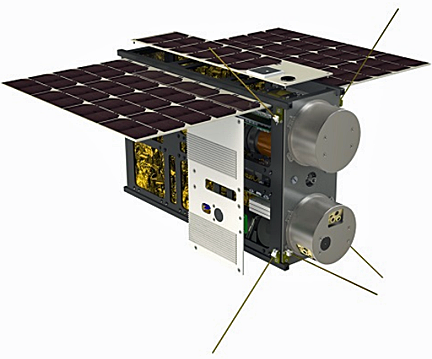 NanoAvionics is a satellite platform manufacturer and mission integrator for satellites weighing less than 50 kg. (110.2 lbs). The company's flagship, multi-purpose M6P is the first preconfigured nanosatellite platform in the sector, designed to serve emerging commercial space markets. The company’s efforts are focused on enabling critical satellite functions and optimizing their launch, hardware and operating costs — ranging from single missions to constellations. The firm's core engineering team has implemented more than 40 successful satellite missions during the past several years.

In June 2017, NanoAvionics launched its second satellite under the European Commission’s QB50 project dedicated to atmospheric research. In addition to the scientific study, the satellite performed an important validation of an innovative green chemical propulsion system for small satellites developed by NanoAvionics. It was the first liquid chemical propulsion propelled smallsat in the history of the space-tech industry.

Avellan said that NanoAvionics’ existing programs with the European Space Agency (ESA) and the European Commission, its track-record of successful satellite deployments, proprietary technologies for navigation and propulsion, and the abundant technical know-how and vibrant energy throughout their company were key decision factors in this investment. According to Avellan, the investment into NanoAvionics will be used to expand its manufacturing capabilities both in Europe and the United States.

Buzas noted that NanoAvionics has made a huge leap in small satellite technologies during the past few years. The capital infusion, along with the involvement of the broadly experienced AST&Science management team, will be a significant contributing factor in entering the U.S. market and successful further commercialization of the firm's products. This combined venture will be focused on a goal to become a go-to company for manufacturing and launching smallsat constellations for businesses worldwide.