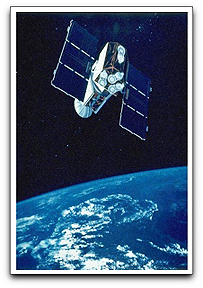 SES S.A. (Euronext Paris and Luxembourg Stock Exchange: SESG) has announced the Company's SES Satellite Leasing business unit in the Isle of Man was selected as the successful bidder in yesterday’s public auction for the Protostar 2 satellite with a US $185 million, all cash offer. Upon conclusion of the transaction, Protostar 2 will be integrated into the global satellite fleet of SES WORLD SKIES to provide incremental capacity over Asia. Protostar 2, built by Boeing, carries 22 physical Ku- transponders as well as 10 S-band transponders. The satellite was launched in May this year onboard a Proton rocket and is expected to provide at least 15-years of operational service.

About SES
SES wholly owns satellite operators SES ASTRA and SES WORLD SKIES, 90 percent of SES SIRIUS in Europe, and participations in Ciel in Canada and QuetzSat in Mexico. SES provides satellite communications solutions via a global fleet of 40 satellites in 26 orbital locations.