Orbital Micro Systems (OMS) has announced that data received from the firm's payload on the IOD-1 GEMS satellite has proven the commercial viability of the company’s advanced Earth Observation (EO) platform. 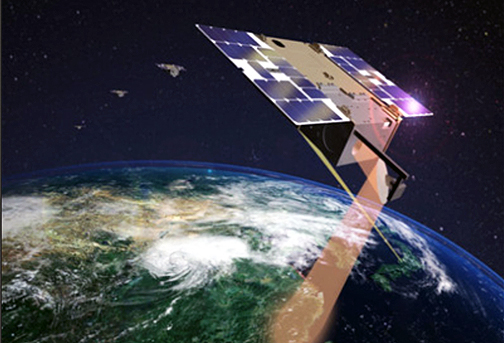 Through its International Center for Earth Data (ICED), OMS will provide frequent, reliable, and cost-efficient EO data to industries that are thirsting for accurate weather data, such as agriculture, energy, transportation, insurance, government, and other sectors. This weather data impacts society at all levels, helping to improve safety, security, and prosperity for businesses and consumers all around the world.

Along with improving temporal resolution, OMS’ technology has made a profound improvement in data clarity. Its spatial resolution of 15 km. — compared to the 25 km. spot provided by the FY-3C satellite — results in greater detail about the atmosphere from the surface up to about 20 km altitude, giving forecasters critical data to improve the accuracy of their models, and nowcasters the ability to provide time sensitive, critical updates on changing weather. The MINIRAD retrieves the 3D structure of weather systems, enables the location of precipitation within hurricanes and other storms, and improves planning activities for critical weather events. 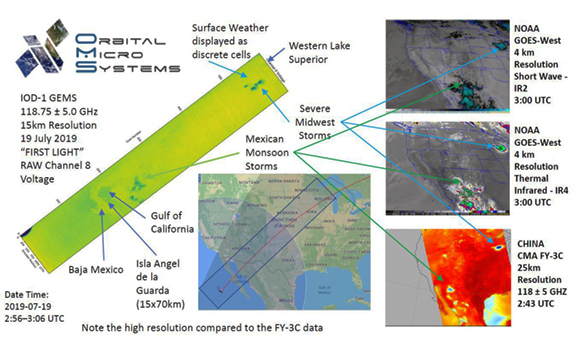 Organizations contributing scientific support, advice, and collaboration to OMS include the University of Colorado at Boulder, the University of Edinburgh, the National Snow and Ice Data Center, the Center for Environmental Technology, and the National Institute for Standards and Technology. In addition, Innovate UK and Space Applications Catapult provided funding and support for the launch and ground support of the IOD-1 GEMS mission. 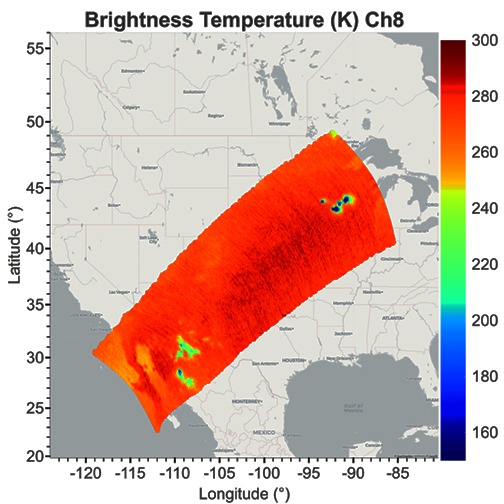 William Hosack, CEO of OMS, said that having proven the viability of the company's hardware and software, OMS is immediately ramping up production of the firm's commercial platform that incorporates two MINIRAD instruments, providing additional data observation channels. With the success of IOD-1 GEMS, the company is already executing on the firm's government and commercial contracts to deliver actionable weather information, while expanding OMS' capacity to provide analysis ready data (ARD) to global markets within minutes of observation. There are many regions around the world that are not well-served by the infrequent readings and inferior resolution associated with existing weather infrastructure. The company's short-term intention is to globally sample weather conditions every hour for any point on Earth and eventually build out to conduct observations every 15 minutes.

Michael Hurowitz, CTO of OMS, stated that this deployment marks a number of space industry ‘firsts’, including being the first commercially-funded, passive microwave radiometer in space. The company also employed the first 3D-printed feedhorn antenna for millimeter-wave radiometry in space, thereby enabling significant reductions in cost and design-cycle time. In addition, MINIRAD has achieved the highest spatial resolution of any 118 GHz radiometer at a small fraction of the cost of government missions.

John Hernandez, senior aerospace and defense industry analyst for Frost and Sullivan, noted that OMS’ approach to gathering Earth Oobservation data, combined with the company’s business model to collect and deliver expanded data to commercial market customers, should be very impactful to the multiple sectors operationally and financially affected by weather. The early data results are certainly impressive and Frost & Sullivan looks forward to seeing OMS move the needle on how the commercial space industry gathers, processes, and delivers actionable intelligence following their lead.