The Fukushima Daiichi Power Plant On The Four Year Anniversary Of The Disaster, Captured By DigitalGlobe

[SatNews] DigitalGlobe has just released imagery of the Fukushima Daiichi Nuclear Power Plant and temporary housing area in Sendai in remembrance of the four year anniversary of the massive earthquake and tsunami that displaced nearly a quarter-million residents of the area. 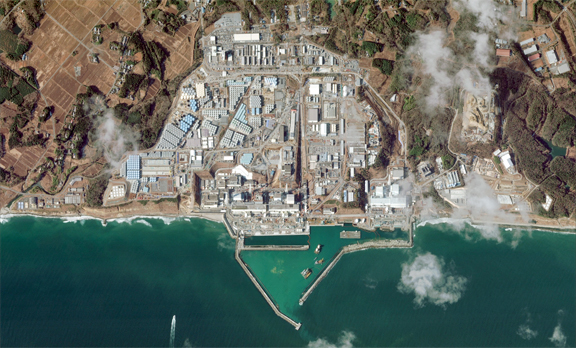 Four years later, residents are still unable to return to this once-thriving village as radiation levels remain as much as 10 times above normal in areas surrounding the plant, and scores of towns and villages remain off-limits despite a massive cleanup effort. As Japan marks the anniversary of the March 11, 2011 disaster, officials concede that recovery throughout the region is lagging.