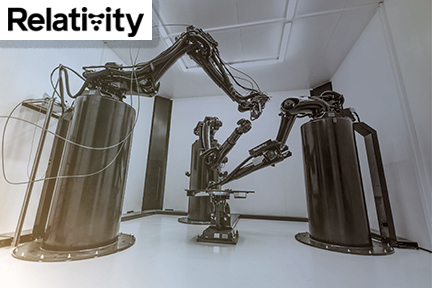 Relativity has appointed three aerospace veterans to the company's executive team and has received an industry-leading, new, patent grant for their autonomous 3D printing technology.

Tim Buzza, recognized as one of the world’s foremost experts in rocket development, as well as among the first leaders and a 12 year at SpaceX, as well as the former Co-President and Vice President of Launch at Virgin Orbit, officially joins Relativity as Distinguished Engineer after serving as an Advisor to the company. 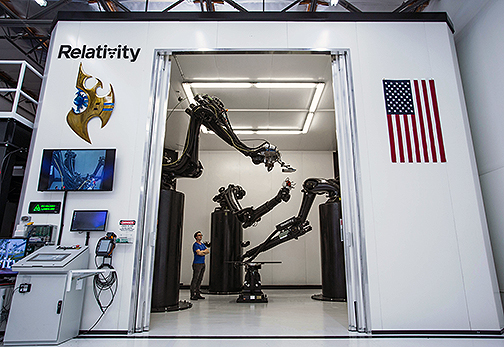 Relativity's Stargate, the largest metal 3D printer in the world — Built for rockets. Photo is courtesy of the company.

Relativity is on track to conduct their first full orbital launch by the end of 2020 and continues to grow a global customer manifest of  commercial and government payloads. The company recently became the first venture-backed company to secure a launch site Right of Entry at Cape Canaveral from the U.S. Air Force, adding to the firm's portfolio of major government partnerships, including a 20 year, exclusive-use, CSLA agreement at the NASA Stennis Space Center E4 test complex as well as a NASA ACO test award.

The company is expanding its infrastructure this year with a fourfold expansion to more than 240,000 square feet of operations, production, testing, and launch facilities. Relativity’s team has grown almost 5x since March, from 14 to 64 full time employees in under a year.

Tim Ellis, the CEO of Relativity, said the company's progress toward launching the first 3D printed rocket is fueled by a deeply experienced team that has built and scaled other space companies — Tim, Josh, and David are renowned leaders in their fields. These executive appointments, combined with the company's recent patent grant, are great indicators of Relativity’s market momentum.

Jordan Noone, the CTO of Relativity, added that the grant of this patent is a recognition of how the company's autonomous 3D metal printing technology can quickly and iteratively optimize rocket production on Earth and other planets and is a pivotal step toward our technology differentiation and leadership in the market.