Orbit Communications Systems Ltd. (TASE: ORBI) has announced that a major European Navy placed an order for maritime TVRO SATCOM systems spares and support, for approximately $3 million — delivery of the spares for Orbit’s widely-deployed AL-7200 series of maritime TVRO is planned during 2019. 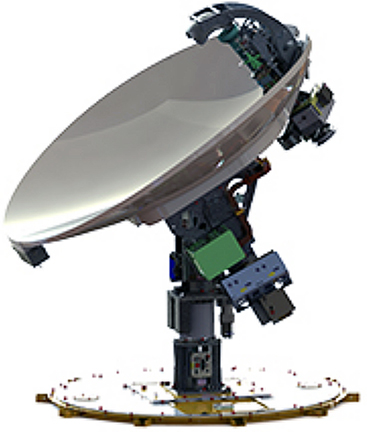 Image is courtesy of Orbit Communications.

For more than two decades, Orbit’s maritime TVRO SATCOM systems have provided reliable and uninterrupted reception of TV and data services for NATO and international naval vessels, operating in the most severe conditions. Orbit’s OceanTRx family of SATCOM terminals (including multi-band C-/Ka- and Ku-/Ka-band versions) has replaced the AL-7200 series with enhanced performance and functionality, as well as reduced size and weight.

Ben Weinberger, CEO of Orbit, said the AL-7200 series is a great example of Orbit’s trademark reliability and longevity. While some parts are now scarce, the company has secured a well-stocked inventory of spares to allow the Navy to maintain its existing TVRO systems well into the future. Additionally, when upgrades are requested, the company will be ready with the most up-to-date, cost-effective and reliable maritime SATCOM solutions available.