After three days of testing by the European Space Operations Centre (ESOC), EUMETSAT now controls the newest polar-orbiting meteorological satellite, Metop-C, and has started flight operations of a constellation of three Metop satellites. 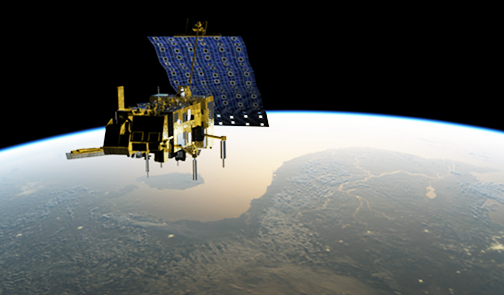 Artistic rendition of the Metop-C satellite. Image is courtesy of EUMETSAT

ESOC started the Metop-C launch and early operations phase (LEOP) on November 7, immediately after the spacecraft separated from the launcher’s upper stage, and concluded it on November 10. The purpose of the LEOP was to ensure that the desired orbit was achieved, that the solar array and all antennas of the satellite were deployed and that all on-board systems required to support the mission were activated, properly configured and working correctly.

Metop-C is expected to become fully operational in early spring 2019, as the third and primary satellite of the EUMETSAT Polar System (EPS).

Paolo Ferri, Head of Mission Operations, said that teams at ESA’s European Space Operation Centre in Darmstadt checked all of Metop-C’s systems, the power, temperature, software and telecommunication links. The teams were happy to hand over to EUMETSAT a fully configured and healthy Metop-C after performing the initial, critical operations as part of the long lasting cooperation between the two agencies in the field of meteorological and Earth Observation missions.”

EUMETSAT Director of Operations and Services to Users, Livio Mastroddi, added that this successful handover means that the company can ow perform flight operations of a constellation of three Metop satellites, including Metop-C.

EUMETSAT Director of Program Preparation and Development Cristian Bank noted that over the next six weeks, on orbit commissioning of the Metop-C satellite will be performed in partnership with ESA, CNES and NOAA, switching all 13 instruments and checking their performance and the quality of output data. After that, over three months, the organization's scientists will calibrate and validate the products extracted from the data.”

EUMETSAT Director-General Alain Ratier commented that, with Metop-A and Metop-B, the organization's EPS system is already the source of observations that has the highest positive impact on the accuracy of weather forecasts up to 10 days ahead. Studies show that this impact has socio-economic benefits of 5 billion euros per year to Europe, and this will certainly increase with a third satellite. Metop-C will also secure the transition to the EPS-Second Generation system EUMETSAT is developing in cooperation with ESA and the plan is to launch the first Metop-Second Generation satellite at the end of 2022.