Russia plans to launch their next-generation Glonass-K2 satellite aboard a Soyuz-2 carrier rocket from the Plesetsk spaceport in the country’s north or aboard an Angara rocket from the Vostochny cosmodrome in the Russian Far East in 2022, Information Satellite Systems (the producer of the Glonass satellites) CEO Nikolai Testoyedov told TASS on Monday. 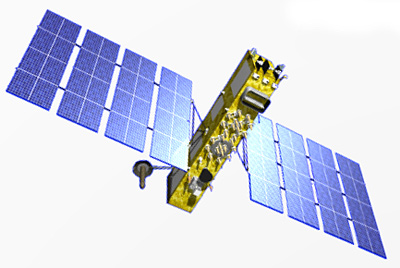 Chief Designer of Russia’s Glonass global satellite navigation system, Sergei Karutin, said earlier that the designing of the Glonass-K2 satellite had been completed.

"After the approval of the conceptual design, we will switch over to the stage of working out design documentation, after which we will create a prototype and start its experimental testing. The flight prototype is planned to be produced in 2022 and in that year it will be launched," Information Satellite Systems CEO Testoyedov said. "We will be making this satellite with a possibility of its launch both from the Plesetsk aboard a Soyuz-2 carrier rocket and from the Vostochny with the help of an Angara launch vehicle," he said, adding that Information Satellite Systems would approve an addition to the satellite’s conceptual design within a month while the development of design documentation would last two or three years.

Under the national import substitution program, specialists of Information Satellite Systems have changed the layout of the Glonass-K2 satellite to make it independent of imported components and finalized its external outlook, he said.

"The development has been made at the design level when avionics, the structure, the center of mass, the budget of mass and fuel have been brought together. After the conceptual design’s approval, we will switch over to the stage of developing design documentation, after which we will create a prototype and its experimental testing will begin," the CEO of Information Satellite Systems said.

Overall, two or three satellites will be made for flight tests to confirm their operational characteristics. After that, the government commission will make a decision on launching their serial production, he said. Third-generation Glonass-K satellites of Russia’s GLONASS global navigation satellite system are distinguished by their high accuracy of determining coordinates. They are designed for ten years of operation, as compared to the previous-generation Glonass-M spacecraft with a service life of seven years. The first Glonass-K satellite was launched into orbit in 2011 and the second in 2014. The Glonass-K2 is designed to develop further the Glonass-K series.

The Glonass-K2 will be transmitting nine navigation signals. It will weigh about 1,800 kilograms or twice as much as the Glonass-K1.