Hughes Communications India Ltd. (HCIL), a majority-owned subsidiary of Hughes Network Systems, has received a Flight and Maritime Connectivity (FMC) license from the Department of Telecommunications, Government of India.

The first company to be granted the FMC license in India, HCIL is now authorized to provide in-flight connectivity and high-quality broadband services to Indian and foreign airlines and shipping companies operating within Indian territory. HCIL has already set up a base mobility platform and is in discussion to enhance the services in India. 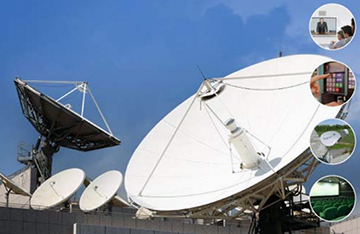 Since the policy was first published by regulatory authorities in mid-December 2018, it has generated a lot of interest from India's maritime and airline industries. HCIL looks forward to supporting them in the rapidly growing opportunity for inflight and maritime connectivity services, which Hughes is powering globally with its advanced aero and maritime broadband solutions.

The FMC license has been granted for a period of 10 years and HCIL will pay spectrum charges based on revenue earned from providing these services, which can be delivered using satellites and telecom networks on the ground. HCIL will provide FMC services in India operating over domestic and foreign satellites permitted by the Department of Space.

According to Euroconsult, more than 23,000 commercial aircraft will offer connectivity to their passengers by 2027, up from 7,400 aircraft in 2017. Northern Sky Research's Aeronautical SatCom Market's 2017 report forecasts that by the end of 2019, broadband VSAT connectivity will be installed on one out of every three commercial passenger aircraft and will rise to two out of every three commercial passenger aircraft by the end of 2026. Driven by higher demand for broadband connectivity, this installed base will generate over $32 billion in revenue over the next decade, as air travel continues its rise around the world.

Not long ago, when a vessel would disembark from port, it would also unplug from the global communications network. Today, an increasing number stay connected with VSAT — providing their crew and passengers with high-speed Internet access, monitoring weather patterns to cut fuel costs, filing regulatory documents, ordering supplies from sea to save time in port, enhancing crew welfare and generating business intelligence through a growing range of software applications. Others are using VSAT to improve safety and operational intelligence. According to Comsys, over 44,242 ships are equipped with VSAT terminals in 2018, double the last recorded number in 2013.

Partho Banerjee, President and Managing Director at Hughes Communications India Ltd., said the company is proud to be the first company to receive the Flight and Maritime Connectivity license in India, which is a natural extension of having been at the forefront of offering breakthrough technologies and services over the past two decades. The company stands ready operationally to initiate high quality broadband services for airlines and maritime operators, including having the availability of ubiquitous satellite coverage across Indian airspace and territorial waters. The firm would also like to compliment the regulatory authorities for a speedy grant of license and a positive intent towards the entire policy framework, which promises to herald a new era of communications for India.