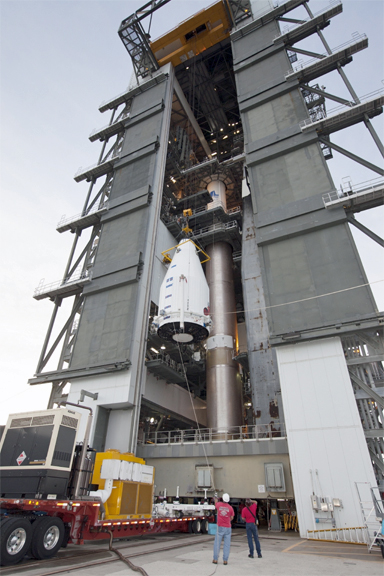 The move and hoisting operations mark another major milestone for the launch team as everything proceeds on schedule to launch November 18th, when the Atlas V will lift MAVEN into space and on to Mars. The two-hour launch window extends from 1:28 to 3:28 p.m. EST.

MAVEN is the first spacecraft devoted to exploring and understanding the Martian upper atmosphere. It will orbit the planet in an elliptical orbit that allows it to pass through and sample the entire upper atmosphere on every orbit. The spacecraft will investigate how the loss of Mars' atmosphere to space determined the history of water on the surface.