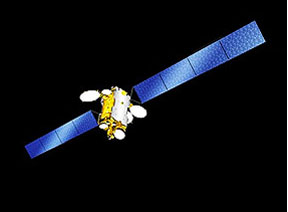 Artistic rendition of Y-1 satellite
[SatNews] An additional satellite is on the UAE's shopping list...

The United Arab Emirates has reopened negotiations with France regarding the acquisition of a military surveillance satellite that would allow the Gulf Arab nation to monitor Iranian activity. Talks between UAE and France regarding the satellite may be tied to a larger $10 billion defense deal involving the purchase of 60 Rafale combat aircraft from French manufacturer Dassault Aviation. UAE interest in a military surveillance satellite was originally channeled into a larger Gulf Cooperation Council (GCC)-led effort known as the HudHud program. That program involved Franco-Italian firm Thales Alenia Space Co. producing a radar-optical observation satellite as part of a Saudi-Qatari-Emirati military surveillance satellite system, but the project was dropped in 2008. The UAE now seems eager to revisit the effort on a unilateral basis. The UAE already has five communications satellites in orbit, including the Y1A satellite launched on April 24th, which provides secure and independent communications for its armed forces. The Y1A satellite, built by the Emirates' Al Yah Satellite Communication Company - a subsidiary of Mubadala Development Co. - was launched on a French Ariane 5 rocket from the European Space Center in Kourou, French Guiana. A second satellite, Y1B, is expected to launch prior to the end of the year and thus bring to completion the $1.6 billion Yahsat program.