China Planning To Reach Mars By 2021


As reported by news.xinhuanet.com, China's mission to Mars will set forth around 2020 and aims to reach the planet when the Communist Party of China marks its centenary in 2021. 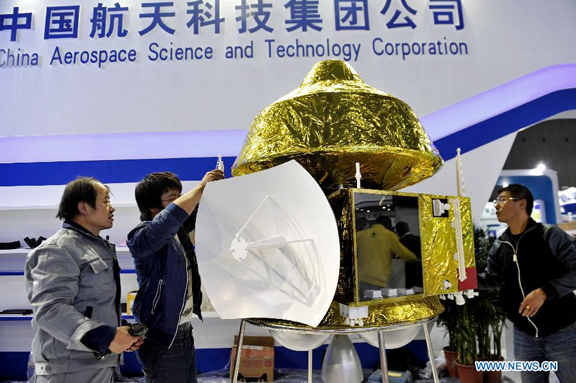 "The probe is expected to orbit the red planet, land and deploy a rover all in one mission, which is quite difficult to achieve," said Xu Dazhe, director of China's National Space Administration, at a press conference ahead of April 24 celebrations marking the launch of the country's first satellite 46 years ago. Xu revealed that the mission was approved by central authorities in January.

China is planning rigorously to send the probe into space in the launch window of 2020, Xu said, adding that favorable alignment of Earth and Mars occurs for only a few weeks every 26 months, and 2020 was when a window would occur. Stressing the mission's importance and difficulty, he said that although China has sent spacecraft deep into space, "only by completing this Mars probe mission can China say it has embarked on the exploration of deep space in the true sense."

The spacecraft, which will be launched by the new-generation Long March-5 heavy lift rocket, is being developed by the China Academy of Space Technology (CAST). Wang Zhongyang, CAST spokesperson, told Xinhua that the Mars program will study Mars' climate, composition of surface, ionosphere, distribution of water ice, internal structure, topography, and its physical field.

Unlike India's Mars maiden mission Mangalyaan, which only made equatorial orbits, China's probe will be guided into a large elliptical orbit allowing for better observations of the planet's surface, said Ye Peijian, one of China's leading aerospace experts and a consultant to the program. "The entry device will land a rover on the surface, which will 'walk' on the Mars," said Ye.

The exploration of Mars has significance to further understanding of the evolution of the universe, the structure of matter, and the origins of life, Ye added, stressing that in terms of prospects of emigrating mankind in the future, Mars is the most worthy of exploration in the Solar System. "Our exploration can help us gain fresh or deeper insight into Mars," said Ye.

There have been more than 40 missions to Mars since 1960. In the first 10 years of the 21st Century, more missions were launched to Mars than to the Moon. The former Soviet Union, the United States, Europe and India have already completed successful missions to Mars.

"China already lags behind in the exploration of Mars, but our capability for deep space exploration has been strengthened through the lunar program," Ye said. "We are confident of the probe reaching Mars when the Communist Party of China celebrates its 100th birthday in 2021."