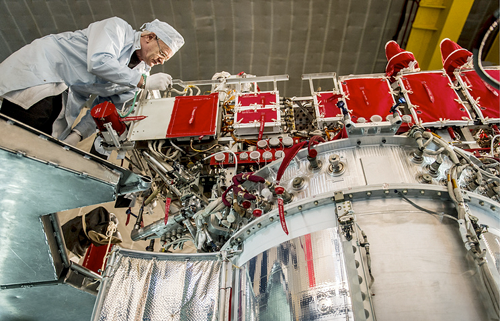 Photo of the Glonass K-2 is courtesy of Yevgeny Kurskov/TASS.

Russia's first new-generation navigation satellite — Glonass-K2 — will be launched from the Plesetsk spaceport in north Russia next year, Reshetnev Information Satellite Systems Company, the satellite producer said on the firm's website on Monday.

Third-generation Glonass-K satellites of Russia’s GLONASS global navigation satellite system are distinguished by their high accuracy of determining coordinates. They are designed for ten years of operation as compared to the previous generation Glonass-M spacecraft, which possessed a service life of seven years. The first Glonass-K satellite was launched into orbit in 2011 and the second in 2014. The Glonass-K2 is designed to develop further the Glonass-K series.

The Glonass-K2 will be transmitting nine navigation signals and will weigh approximately 1,800 kilograms, or twice as much as the Glonass-K1.