Thuraya Opening Up in the US

Thuraya Telecommunications Company has opened an office in the United States of America—the office is centrally  located  between Washington D.C. and Tysons Corner, Virginia, offering close proximity to investors, key government and commercial customers and partners. 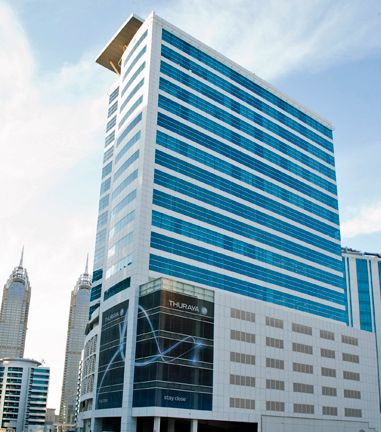 Thuraya is headquartered in the United Arab Emirates and has offices in Singapore and this newest address marks a further step in the development of the company's ongoing FUTURA project and next generation constellation plans. With roaming agreements established in 175 countries, Thuraya is an international operator providing reliable roaming services with 389 agreements worldwide, including AT&T and T-Mobile. Thuraya is already well established in the United States.

The new office brings the American team together, helping to serve a range of customers that includes the Department of Defense, which Thuraya counts among its list of longest standing customers. The firm's ongoing success is already supported by service providers and partners in the US, which is set to feature prominently in Thuraya’s long term multidimensional program of expansion and diversification.

Samer Halawi, Chief Executive Officer of Thuraya, registered the fact that his company has pledged to extend their geographical reach, move into new market sectors and launch new services and devices. Opening this US office is an important part of that process, strengthening Thuraya's presence in America. The company wishes to be as close as possible for partners, customers and investors. Thuraya will become the provider of choice for unified connectivity and will do so through an extensive program of expansion and diversification.”