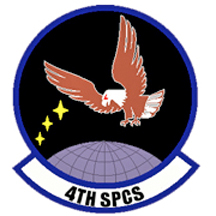 [SatNews] The Secretary of the Air Force announced on January 16th that the 4th Space Control Squadron, currently located at Holloman AFB, New Mexico, will co-locate with the 76th SPCS at Peterson AFB, Colorado, this year.

The 4th SPCS and the 76th SPCS are like units with similar missions. Both units will occupy a purpose-built facility for space control missions in Air Force Space Command. AFSPC and the 21st Space Wing conducted an analysis of the ways to achieve savings and efficiencies within space control forces. The current location of the 4th SPCS precludes the 21st SW from consolidating equipment maintenance and requires sending personnel TDY to Holloman AFB for periodic training and evaluations.

Co-locating the 4th SPCS with the 76th SPCS on Peterson AFB will reduce annual training and sustainment costs and allow both units to train, evaluate, work together and share resources. The relocation of approximately 90 active duty positions and mission equipment is slated to begin this month and completed by December 2014.