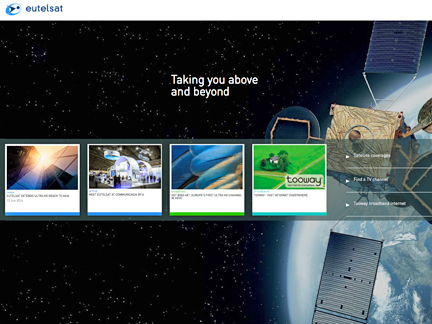 [SatNews] Eutelsat Communications (Paris:ETL) (NYSE Euronext Paris: ETL) and Nilesat, the Egyptian satellite operator, have announced that Nilesat has taken a long-term lease for multiple transponders on the EUTELSAT 8 West B satellite that will be launched in mid-2015 to the leading video neighborhood in the Middle East and North Africa (MENA).

The 7/8 degrees West video neighborhood operated by Eutelsat and Nilesat broadcasts more than 1,000 TV channels to more than 52 million homes located from Morocco in the West to the Gulf in the East. Eutelsat and Nilesat have progressively built a comprehensive broadcast infrastructure at 7/8 degrees West, comprising three Eutelsat and two Nilesat satellites specifically designed for DTH reception. Both operators have steadily brought new capacity on line to meet thriving demand and the acceleration of HD channel launches. The next phase of expansion comes in 2015 with EUTELSAT 8 West B that will bring additional resources, increased operational flexibility and improved signal integrity for client broadcasters. 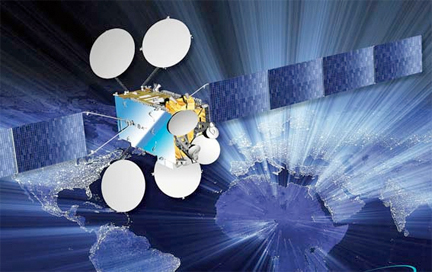 Artistic rendition of the EUTELSAT 8 West B satellite.