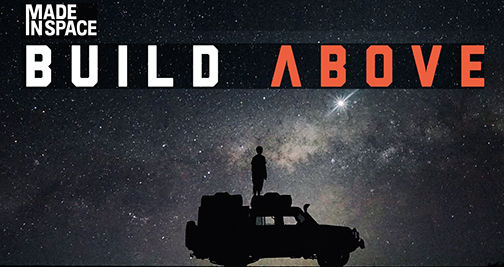 Optimast. Image is courtesy of Made In Space.

Optimast-SCI is a mission application developed from the company’s Archinaut program and leverages manufacturing capabilities that have been validated on orbit and in a thermal vacuum environment. Optimast SCI’s manufacturing system — which recently reached a critical testing milestone qualifying it for a spaceflight — is a self-contained, scalable machine capable of producing microgravity-optimized structures on-orbit.

Interferometry is the method of collecting and merging data from two separate collectors of electromagnetic waves ( e.g. , light or radio waves) from a single object and analyzing the patterns those merged waves create. This allows astronomers to combine signals from multiple telescopes, effectively forming one giant telescope.

Eliminating the turbulent distorting effects of the atmosphere by operating from space will allow the observatory to examine objects of interest for as much as 10,000 times longer than a terrestrial observatory. Optimast-SCI provides an affordable approach to space-based optical interferometry that fits within existing mission classes and small satellite mission budgets.

Made In Space is a developer of manufacturing technologies in space and the company looks to pioneer a new generation of functional structures in space, thereby enabling a variety of new mission applications through the firm's Archinaut technology, a 2015 NASA Tipping Point award winner.

Michael Snyder, Made In Space Chief Engineer, noted that the rapid evolution of the company's in-space manufacturing technology has introduced new, cost-effective capabilities to the market that can advance space exploration. The application of this technology allows humanity to access new astronomical observation capabilities to explore the universe and that is very exciting.