Advantech Wireless ASAT II™ System and its unique 3D BoD™ and WaveSwitch™ technologies delivers the best possible service, highest quality and most efficient bandwidth utilization. This new system has been developed to satisfy the most demanding operators’ needs, built with flexibility and scalability in mind, allowing operators to run multi-application services. 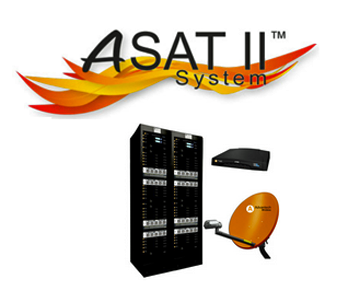 The ASAT II™ System ability to assign all waveforms and access methods from a common bandwidth pool, avoids the need to partition the bandwidth space segment for each waveform as in other VSAT systems,  and eliminates the associated network inefficiencies and bandwidth wastage.

According to Oscar Glottman, the CMO of the Satellite Networks Business Unit at Advantech Wireless,this second generation ASAT II™ System is a major breakthrough in broadband satellite multiservice VSAT platforms. The ability to switch waveforms and access method on-the-fly based on dynamic application requirements, allocating the required bandwidth in real-time from a single common bandwidth pool, not only allows us to dynamically select the most appropriate and efficient waveform, but also ensures the delivery of the highest network utilization.

Advantech Wireless invites attendees to visit with them at booth #1609 at Satellite 2017. M