On Orbit & On Schedule — EchoStar XIX

The satellite deployed the solar arrays on schedule after being boosted into space by a United Launch Alliance (ULA) Atlas V rocket that was provided for this mission by Lockheed Martin Commercial Launch Services. The EchoStar XIX is now on orbit, dramatically increasing capacity for HughesNet® high-speed satellite Internet service in North America. EchoStar XIX joins EchoStar XVII to help meet the demand for high-speed Internet for consumers and small businesses in rural and other communities with limited Internet access options. 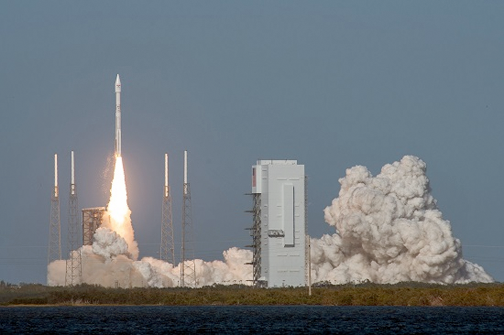 EchoStar XIX provides significantly more capacity than EchoStar XVII, which was also built by SSL and launched in 2012. Similar to EchoStar XVII, EchoStar XIX is a large, multi-spot beam Ka-band satellite based on the powerful SSL 1300 platform, which has the capability to support a broad range of applications and technology advances. SSL has built nearly 50 satellites with HTS payloads, including two of the highest capacity broadband satellites in service today, and the world’s first true High-Throughput Satellite (HTS), which was launched in 2005. 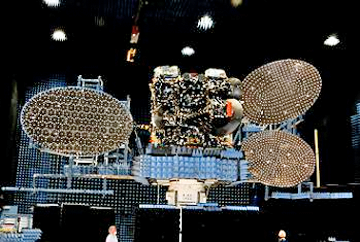 Photo is courtesy of SSL.

John Celli, the President of SSL, noted that EchoStar XIX is an exceptionally powerful satellite that underpins the next generation of satellite Internet, while Pradman Kaul, the President of Hughes Network Systems, added that EchoStar XIX provides his firm with increased capacity and coverage enabling the company to launch HughesNet Gen5, the next generation of the successful HughesNet satellite Internet service. Delivered will be more speed, more data and more advanced features for consumers and small businesses in the communities Hughes serves.