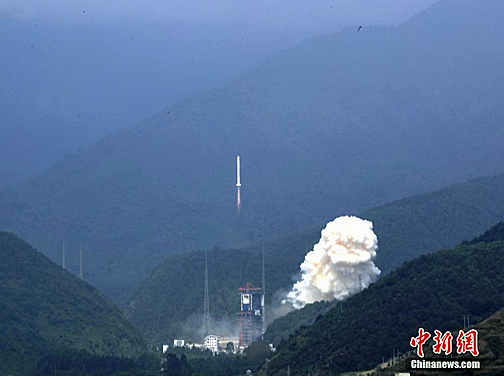 Photo is courtesy of CNS.

Andrew Jones posted an interesting article at gb Times detailing China's plans for Thursday, January 25, when the nation's fifth space launch of 2018 is scheduled to occur— this mission is to place three small Yaogan-30 remote sensing satellites into LEO.

A Long March 2C rocket is scheduled to liftoff from Launch Complex 3 at the Xichang Satellite Launch Center in the hills of Sichuan Province in southwest China with the satellite payloads. Airspace restriction notices indicate the launch is set to take place around 05:35 UTC (13:35 local time, 00:35 Eastern Time).

The Yaogan series satellites are often described by Chinese state media as providing remote sensing for land resources and electromagnetic environment detection, but are perceived by Western observers to be designed for reconnaissance purposes for China's People's Liberation Army (PLA). The Yaogan-30 group, in particular, orbiting at around 600 km. and inclined by 35 degrees, could be used for electronic intelligence (ELINT) gathering, using the time difference of arrival (TDOA) method to track moving maritime objects.This will be China's fifth launch of 2018 out of a possible 40 launches this year, according to the plans outlined by the main space contractor CASC, sister company and missile-maker CASIC and private company OneSpace and others, China could carry out more than.