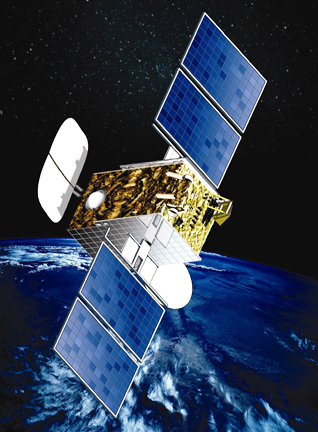 [SatNews] The Highly Adaptable Satellite (HYLAS) 1, which is being developed by Astrium for the satellite broadband operator Avanti Communications, has successfully completed a month-long test campaign designed to expose the satellite to the rigors of space. HYLAS 1 will bring high-speed broadband services to remote rural areas across Europe, using its ‘highly adaptable’ payload, developed by Astrium, primarily at its UK sites in Portsmouth and Stevenage.

The payload is designed to allocate varying amounts of power and bandwidth to the different regions within its footprint, reacting to the highs and lows of traffic demand. Over the past four weeks, HYLAS 1 has undergone a series of thermal vacuum (TVAC) tests at the Indian Space Research Organisation (ISRO) in Bangalore, which is responsible for the satellite’s platform and satellite integration. Engineers from Astrium and ISRO tested the satellite’s payload electronics and external structures, in temperatures ranging from -30°C to +80°C - conditions that the satellite will have to endure in orbit. This has enabled test engineers to determine that the satellite is functioning perfectly in a simulated space environment.

Integration of the Ka- antenna feed has also been completed which will validate Astrium’s Single Feed Per Beam (SFPB) design and its incorporation into a thermally compensated structure. HYLAS 1 will cover rural areas of western and central Europe that are unlikely to receive any terrestrial broadband within the next ten years. The highly adaptable payload will provide broadband services for up to 350,000 users. The UK Space Agency and Technology Strategy Board have provided support for the development of HYLAS 1 through the UK subscription to the European Space Agency ARTES program.